How the Blues rated from a close night at the Parc des Princes.

It was a disappointing Champions League quarter-final first-leg for Chelsea as Paris Saint-Germain beat them 3-1 in the French capital.

Goals from Ezequiel Lavezzi, a David Luiz own goal and a late strike from Javier Pastore were enough to put PSG in control, with an Eden Hazard penalty the only consolation.

Here’s how the Blues rated at the Parc des Princes.

Not a good night for the No.1 who looked uncomfortable all night and was beaten by Pastore at his near post late on. Thibaut Courtois will have been watching with interest.

Did all he could to try and give an option on the right when the away side were in attack and made some important clearances, although was given the runaround by Lavezzi.

A good night for the England international despite the scoreline, with Cahill looking like an assured and confident centre-back at this level now. 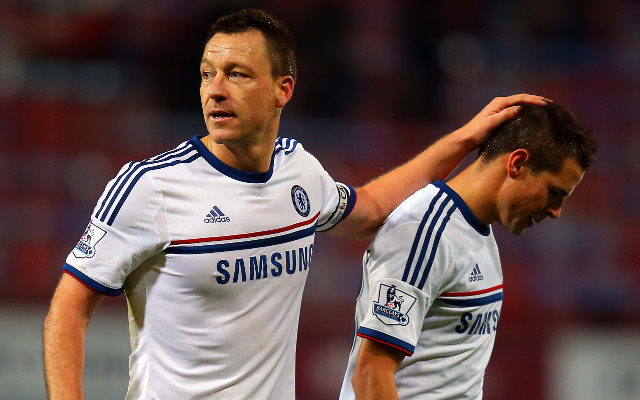 A solid night for the captain, although his poor header early on led to Lavezzi’s goal but did keep the prolific Zlatan Ibrahimovic quiet until the striker was substituted.

Was assured at left-back and Ashley Cole won’t be getting back into the starting XI anytime soon, as provided a great option in attack.