The Carlton Blues season has received a welcome shot in the arm with news number one ruckman Matthew Kreuzer is expected to be fit to play in less than a month.

Kreuzer underwent surgery this week to fix a fractured thumb he sustained when he fell awkwardly during the first quarter in his side’s 16-point loss to Geelong last round.

Despite playing on for the rest of the first term, Kreuzer had to be substituted out of the game with the Blues fearing their big man stocks would take a hit for up to eight weeks.

But after having a plate inserted into his thumb, the club expects him to be back playing no later than Carlton’s round seven clash with St Kilda at Etihad Stadium.

The win-less Blues also could receive Eddie Betts (jaw) and Jarrad Waite (calf) back in time for round five, however, Marcus Davies sustained a grade one hamstring tear against the Cats is set to miss the next fortnight. 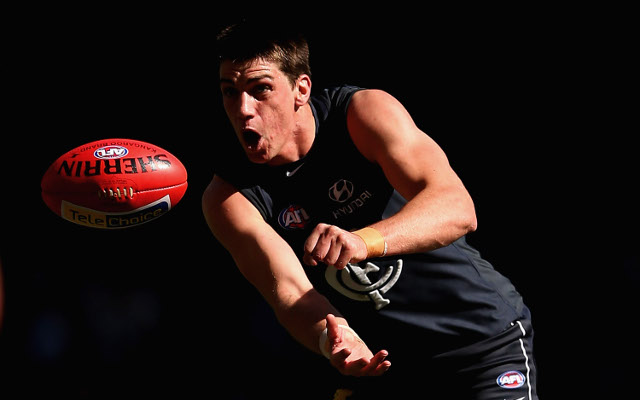