Gold Coast Titans five-eighth Aidan Sezer will join the Canberra Raiders in 2016 on a three-year deal.

The Titans desperately tried to keep hold of the 23-year-old, however he decided against re-signing with the club.

Gold Coast coach Neil Henry said he hoped Sezer would be aiming to leave the club on a good note.

“Players signing early in the season is just a fact of life in the NRL and the players are professional and want to get on with their season and it will be no different here,” Henry said in a club statement.

“If anything it can motivate the guys who are leaving to play good football and to leave on a good note and squeeze as much out of their season as they can and I’m sure it will be that way with Aidan.”

Canberra Raiders chief executive Don Furner said he was ecstatic about bringing the young gun to the nation’s capital.

“Aidan is a fantastic young talent who we are excited about joining the club next season and we believe he will fit in perfectly to the squad we are building for the future,” Furner said in a Raiders statement.

“We wish him all the best for the rest of the season with the Gold Coast and look forward to seeing him in Canberra for the start of the 2016 pre-season.”

Sezer’s deal with the Raiders is reported to be worth around $500,000 per season.

The pivot has played 58 games for the Titans since making his debut in 2012. 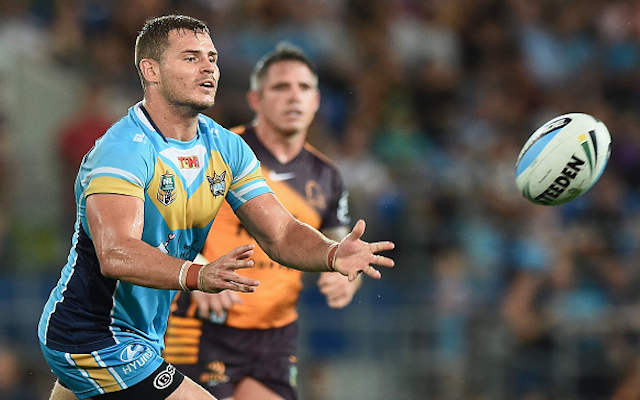