Smith will not leave it to the judge to decide again…

British super-middleweight star Paul Smith Jr has insisted that he will be leaving Germany on February 21 as a world champion after he defeats Arthur Abraham.

Smith was beaten on his last trip to Germany back in September, but after the controversy created by the judges scorecards, he has secured an immediate rematch against the champion for his WBO belt.

Although many agreed with the eventual result of the first fight, the scores of 117-111, 119-109 and 117-111 in favour of Abraham were widely criticised as the bout was clearly much closer.

While Smith labelled that loss as a “robbery” at the time, he has insisted that he felt he performed much better than the cards suggested and this time he won’t be leaving it in their hands to decide whether or not he is crowned the new world champion.

“I believe I can knock him out. I believe I’ve got the power to hurt anyone,” Smith said on a special Ringside feature.

“There were no nip-and-tuck rounds where nothing happened – the rounds he won, he stole, and the round I won, I out-worked him.

“I believe I did beat him last time, I just didn’t get the decision or the belt. This time I will get the decision and the belt or I’ll get a knockout. But I’ll be leaving Germany with a world title.”

Trainer Joe Gallagher has given his prediction for the fight and insists that either Smith or Abraham is getting knocked out come February 21 as he expects a shoot-out for six or seven rounds.

Although that may well just be talk to build the fight, it would arguably be a smarter move for Smith to avoid getting involved in a tear up and putting constant pressure on his rival to back him up and test his stamina with many believing that Abraham’s best days are behind him. 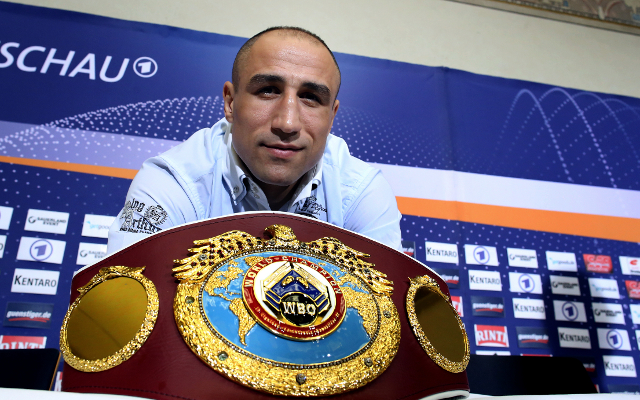 Boxing: Whether Arthur Abraham vs Paul Smith 2 is Repeat or Revenge