Luke Campbell and Tommy Coyle will finally clash on August 1 at Craven Park in their hometown of Hull as the lightweight rivals have ramped up their war of words in recent months.

The pair began as good friends, but the rivalry between them has been growing in recent months as they were put on a collision course by promoter Eddie Hearn.

Their bout will be a huge night for Hull, but their highly-anticipated domestic clash should be a real treat for boxing fans with Coyle in particular a favourite with fans given his unpredictability in the ring.

Coyle’s most remarkable performance came last year in February where he climbed off the canvas four times against Daniel Brizuela before stopping his opponent in the final round to win.

In contrast, things have been relatively straight forward for Campbell since turning pro after winning gold at the 2012 Olympic Games in London.

With 11 wins in 11 fights, the 27-year-old has produced some impressive performances in recent months and has added more ruthlessness to his style as he has looked to take opponents out rather than settle for a comfortable win.

He made easy work of Brizuela as Hearn looked to gain a yardstick on his progress, and he believes he is ready for a stern test against his fellow Brit.

Both men took to social media on Monday to confirm the news, and there is expected to be a press conference this week to confirm the bout and start the build-up to what will be a memorable night in Hull.

Fight time, So it's finally on me vs Coyle 1st August all details coming soon! Press conference this week. #coolhand 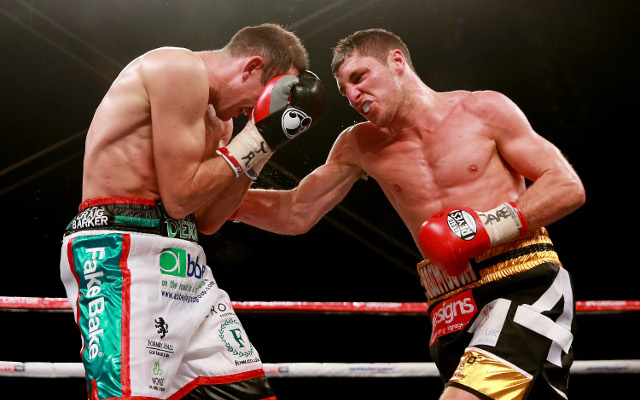