Lightweight boxer Luke Campbell managed a third round knockout victory over Levis Morales on Saturday in an emotional night following the ill health of his father, reports ESPN.

The 27-year-old nearly pulled out of the fight because of his father’s illness, but ended up continuing with the blessing of his family, and the win extends his perfect record to 11 matches.

Campbell knocked Morales down at the end of the second round and again in the third before the referee stepped in to end the bout. Afterwards he said: “I’ve turned the negatives into positives, and I was excited to be here tonight, making my family proud. It was a family decision to fight, to give everyone something to look forward to. There’s nothing better for me than boxing in Hull, the love I get is priceless.

“It was very difficult. I pulled out of the show for quite a while. I never intended to box on this show. My dad will be watching at home as proud as punch. I love you dad, keep fighting.”

The 2012 gold medalist looks likely to fight Tommy Coyle next. With a date to be set for sometime in the summer. 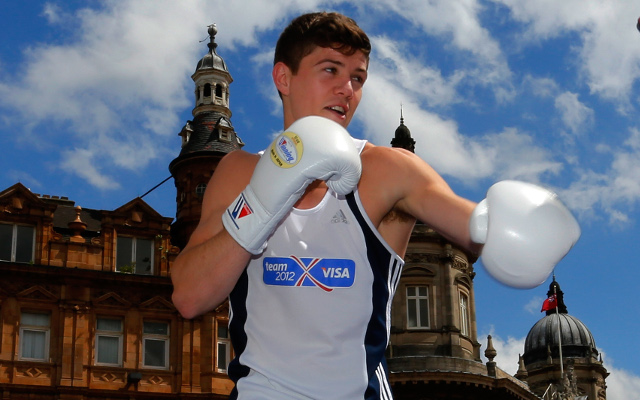