Wide receiver Brandon Marshall has been traded for the third time in his career as the Chicago Bears have surrendered him to the New York Jets for a fifth-round pick.

Marshall has been earned a reputation for having an attitude problem and being a locker room cancer with every team he’s been with, so the Jets will have baggage to deal with.

However, they have finally gotten the No. 1 receiver their offense desperately needed, and quarterback Geno Smith is now out of excuses if he is able to retain the starting job.

Eric Decker was signed to a big contract last offseason, but he has so far shown that his numbers with the Denver Broncos were inflated due to having Peyton Manning as his quarterback.

He should be a great No. 2 with Marshall lining up across from him though, so the Jets offense should improve greatly if it can play to its potential.

Although the Jets may choose to draft Marcus Mariota if he falls to them, rumors indicate that they will trade down if Mariota falls to them.

Meanwhile, the Bears have a depleted receiving corps as Alshon Jeffery is their only proven receiving weapon as the inexperienced Marquess Wilson is second on the depth chart. 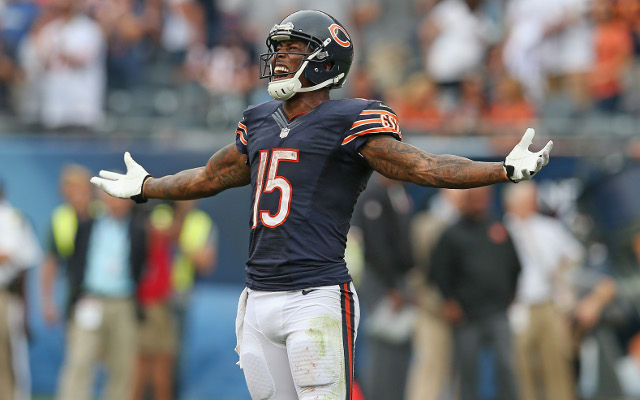