Buffalo Bills head coach Rex Ryan decided to take the weekend to double-down on his love for Buffalo by getting his Jets-green tattoo recolored to his new team’s colors.

Ryan served as head coach of the New York Jets from 2009 to 2014 – earning the love and admiration of players, executives and fans even in the worst of times, and for the most part the feeling was mutual as demonstrated by his choice of tattoo.

Back in 2012, when he was head coach of the New York Jets and Mark Sanchez was his starting QB, Ryan got a tattoo of his wife wearing a #6 Mark Sanchez jersey (pictured here): 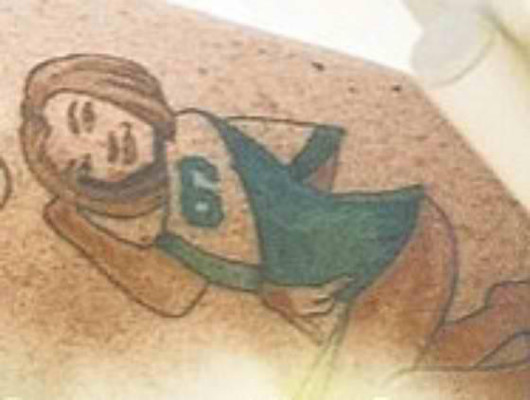 But after being fired by the Jets after the 2014 season he is apparently cutting all ties to his former team and is literally painting a new future for himself with this modified tattoo (You have been warned…): 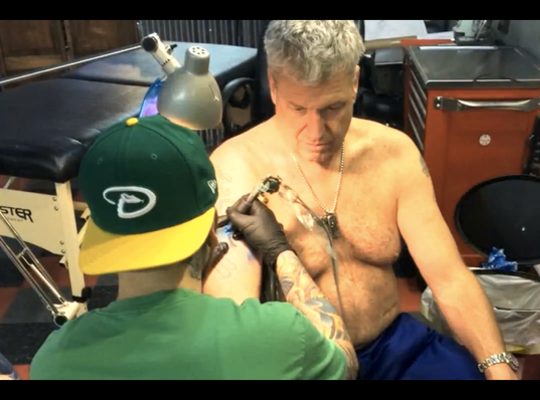 Well it certainly would be a slightly prettier sight if Rex Ryan was 22 instead of 52 – and 220 lbs instead of 270 lbs – but hey, it’s a work in progress! (Much like the Bills playoff hopes.)