Hurricanes win at home to extend their season by another week.

The Hobart Hurricanes have claimed the final place in the Big Bash League semi-finals, after beating the Brisbane Heat by 40 runs at Blundstone Arena.

Faced with the same situation as last year’s tournament, the difference this time for the Hurricanes was the sublime form of Ben Dunk, who scored 87 from 53 balls to help his side reach 209-7 off their 20 overs.

Dunk cracked six boundaries and three sixes, swelling his tournament leading total to 348 runs at an average of 49.7 and a strike rate of 146.8.

He shared a 98-run first wicket stand with skipper Tim Paine (47 from 28), which yet again laid the perfect platform for the latter overs. 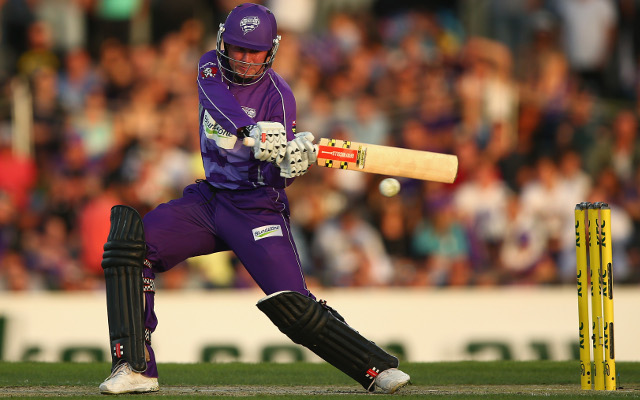 And after several failures, a misfiring middle order finally cashed in to finish off the foundation set for it.

Jon Wells (12), Shoaib Malik (14) and Travis Birt (11) may not have set the world on fire but they wasted few balls in their cameos, before Evan Gulbis, who replaced Ben Hilfenhaus in the starting 11, iced the innings with a 12-ball 22.

The Heat got their chase off to a flyer, racing to 0-46 after five overs before English import Dimitri Mascarenhas (2-42) turned the contest on its head.

The crafty medium pacer removed the dangerous Craig Kieswetter (22) and Joe Burns (0) in the final over of the powerplay before leg-spinner Cameron Boyce (3-21) had Chris Lynn caught at cover in the next over as Brisbane slumped to 3-53 with the asking rate climbing above 12 runs an over. 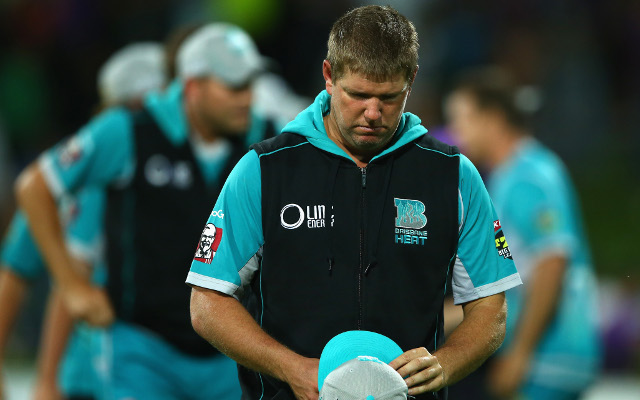 A brilliant Luke Pomersbach half century from 25 balls kept the game alive, but with wickets falling around him the left-hander perished trying to keep his side in touch, dragging Ben Laughlin onto his stumps for an enterprising 32-ball 60, but Brisbane came up up short in the end.

Hobart now face one of the form teams of this year’s Big Bash in the Melbourne Stars in the semi-finals, but with Dunk being the leading run-scorer for the competition, the Hurricanes are confident they can add to their trophy from BBL02.