Emotions are still raw in the Australian camp…

A visibly shaken Shane Watson has left the MCG nets after being hit in the helmet during training for the Boxing Day Test in Melbourne.

Watson has struck in the head by paceman James Pattinson, who was also reportedly distressed after the incident.

Australian team doctor Peter Brukner attended to Watson after he fell to his knees, before walking out of the nets to sit down with his head in his hands.

The reaction shows just how raw emotions are within the camp since the tragic death of Phillip Hughes as a result of being hit by a bouncer in a Sheffield Shield game last month.

Watson is believed to have been uninjured, however he left training to take some time out in the dressing rooms. 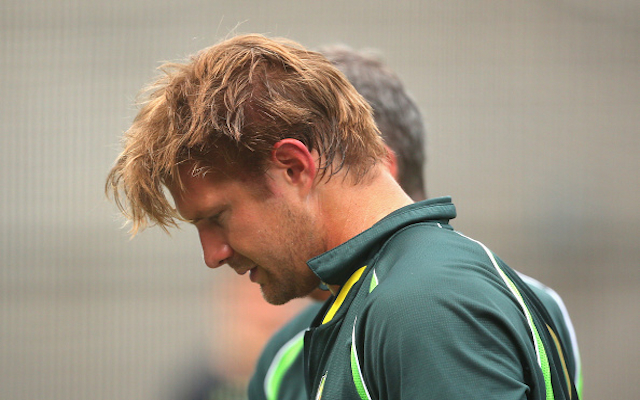