Gold Coast coach John Cartwright takes a punt with his run-on side.Ashley Harrison has been named in the Gold Coast’s side to travel to Penrith to take on the Panthers, despite being taken from the field after a heavy hit last round.

The tackle by Manly’s Richie Fa’aoso has seen the Sea Eagles prop charged with a grade-three dangerous contact charge, which he will fight at the judiciary, saying it was was an accidental head-clash rather than a shoulder charge.

Either argument was little consolation for Harrison who was carted from the field in his 250th NRL game.

Brad Takairangi (hamstring) has also been named for the Titans with Luke O’Dwyer and Steve Michaels set to act as cover if he and Harrison fail to pass fitness tests.

The only change for the Panthers is the return of Cameron Ciraldo (knee) at the expense of Nathan Smith.

The Gold Coast’s confidence will be sky high after they hung on for a gutsy two-point win against Manly last round, while Penrith nearly pulled off one of the biggest comeback wins in recent history, in nearly overrunning South Sydney in the second half. 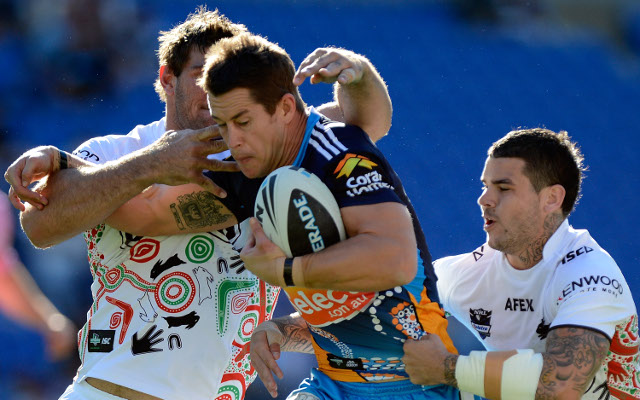