The stars of the Gunners’ 3-1 win over the Staffordshire side.

Arsenal continued their best start to the season for five years with their seventh straight victory in all competitions, by beating Stoke City 3-1 in the Premier League.

The Gunners looked comfortable at the Emirates Stadium as the Potters were essentially brushed aside, despite levelling the match at 1-1 early in the first half.

Here are the three best performers for the home team from fanatix.

The German is continuing the attacking midfielder’s good form since making a club record £42.4m move from Real Madrid on transfer deadline day.

Ozil provided an assist for Olivier Giroud at Sunderland last weekend and capped that off with three more this weekend as Stoke were the victims. A fine display by the 24-year-old. 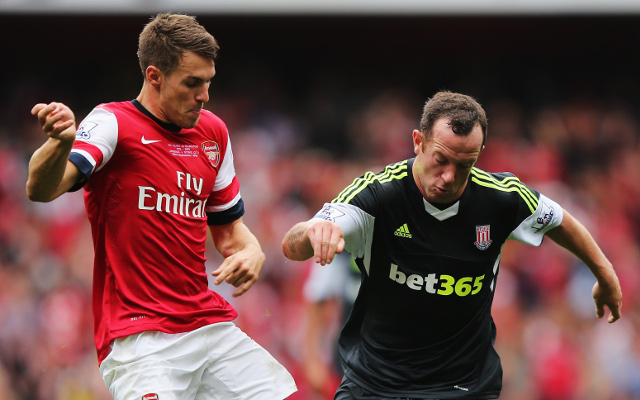 Something has happened to the Wales international over the summer as the potential that was spoken about Ramsey is finally coming to fruition.

The 22-year-old scored for the seventh time in eight matches against the Potters and was once again instrumental for the north London side.

Ramsey is proving the doubters of the midfielder wrong this term with performances that have been instrumental to Arsenal’s success.

The right-back netted the third goal of the match after latching onto Ozil’s free-kick and looked confident all match.

Sagna made good runs forward as well as keeping to the Frenchman’s defensive responsibilities and capped off a great display with the nail in the coffin during a good win.