Two weeks ago, Arsenal were humiliated at home against West Ham United in a loss that still leaves a bitter taste in fans’ mouths.

But a big away win over Crystal Palace has restored confidence at the club – especially with Karim Benzema believed to be on the way.

And that confidence is pivotal considering that unbeaten Liverpool are the visitors to the Emirates Stadium on Monday Night Football.

Here, fanatix predicts what lineup Arsene Wenger is likely to go with for the tussle of two title outsiders…

The first two weeks have been less than ideal for Arsenal’s big summer signing, but Cech is going nowhere fast having joined the Gunners to be undisputed number one. 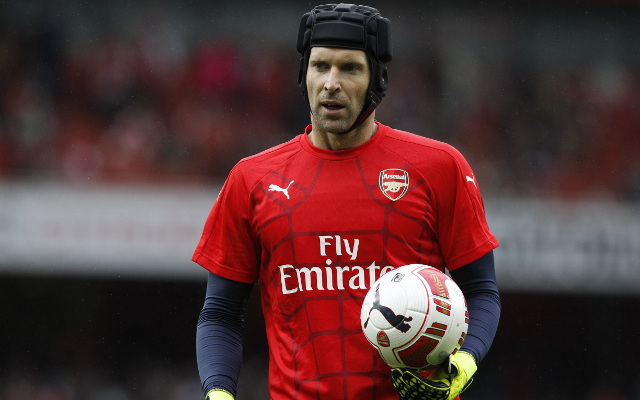 After playing the full 90 minutes of last week’s game upon returning from injury, Wenger will be inclined to keep the young Spaniard in at the expense of Mathieu Debuchy.

Solid but unremarkable at this stage of his career, that Mertersacker is a sure pick may concern Arsenal supporters. He has a tough task ahead of him with Christian Benteke leading the Liverpool attack.

Koscielny has not done his reputation as one of the best defenders in the league a ton of favours in the opening two weeks, but the club’s overall defensive struggles cannot be attributed to just him.

Monreal had a tricky afternoon defensively in last week’s match against Crystal Palace, but he was an attacking threat and earned the right to get another start after displaying solid chemistry with Sanchez.