How the Gunners rated at the King Power Stadium.

Arsenal were left frustrated at the King Power Stadium as newly promoted Leicester City held them to a 1-1 draw despite having plenty of chances throughout the game.

Alexis Sanchez scored his first league goal for the Gunners before Leanardo Ulloa equalised shortly afterwards and that was how it finished.

Here’s how the visitors rated.

A solid if unremarkable day for the goalkeeper who could do little to keep Ulloa’s header out and had little to do apart from that, although did save a Jamie Vardy shot smartly.

Not the marauding attacking displays we’ve become used to from the France international who had his work cut out trying to keep Jeffrey Schlupp quiet.

Was at fault for the Ulloa goal and whenever up against quick Leicester players the German looked back to his old self when his immobility was shocking.

Not a good day for the Frenchman who had to be substituted after a nasty clash of heads and should have come off earlier. 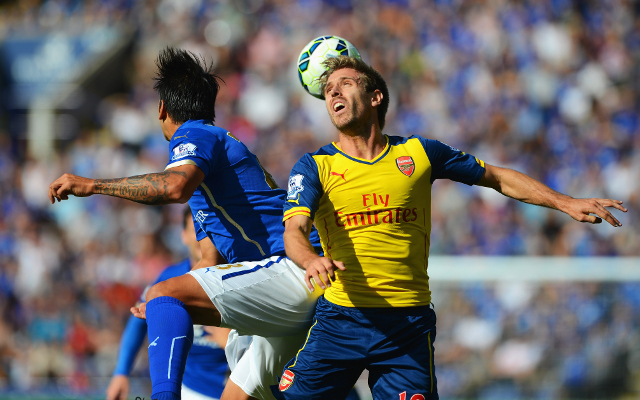 A decent display from the left-back who no longer looks as inconsistent as he once did and managed to get forwards on a few occasions as well.