All of them impressed, but none of them make it into the list of the top 10 opening-day debut makers ever.

Below is a brilliant infographic courtesy of the maths geeks at Bwin.

It shows which players have enjoyed the best debuts at the start of a Premier League season, based on goals per minute. 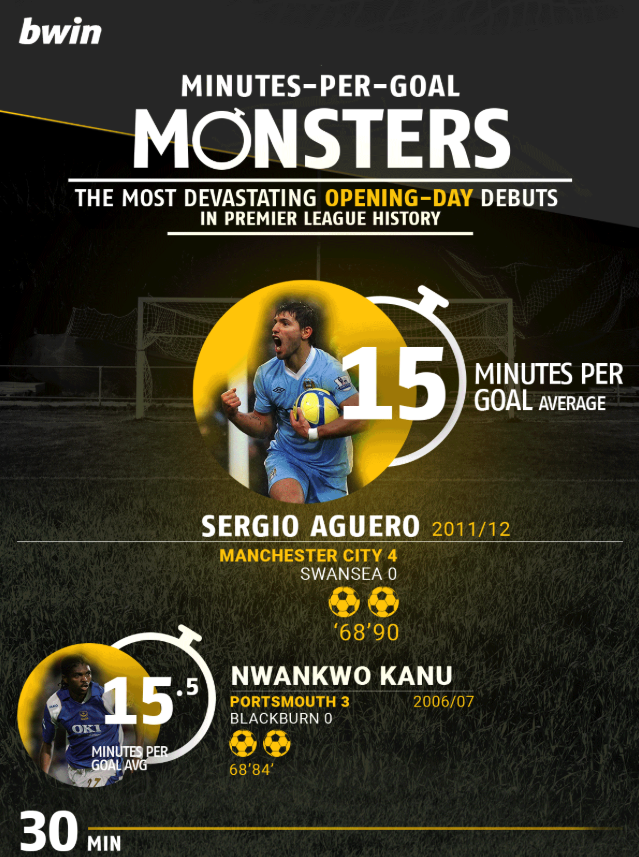 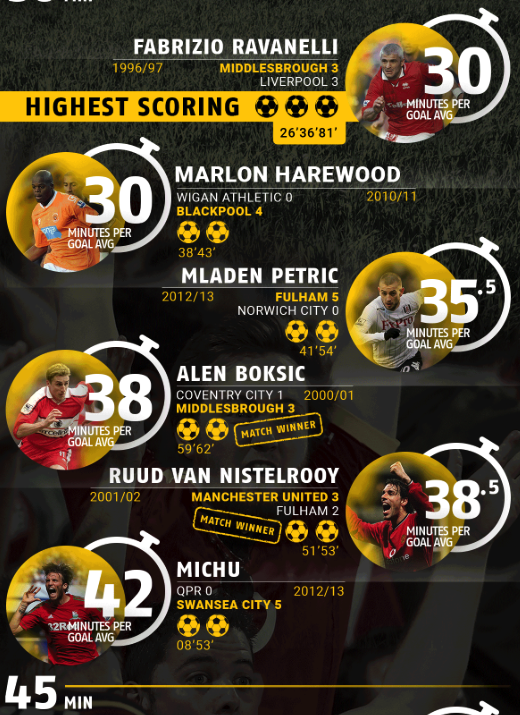 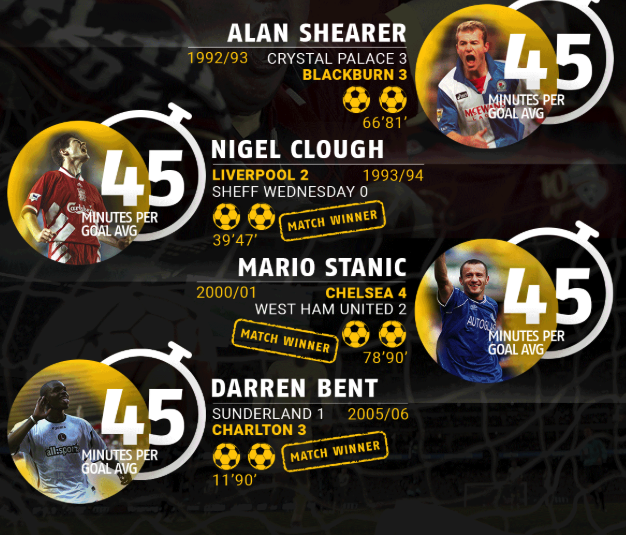