The Sydney Swans have suffered a blow before their knock-out semi final against the Carlton Blues with news veteran Adam Goodes has been left out of the side.

Goodes, who has been out since round 13 where the Swans lost to Port Adelaide, was flirting with the chance of being a major inclusion for the Swans this weekend.

However, the niggling knee injury that has plagued him the back half of the AFL season has claimed his chances of lining up in what could be the Swans last game of the year.

No matter if Sydney do beat Carlon and keep their premiership hopes alive, coach John Longmire put a pin in the 33-year-old chances of playing again in 2013.

“Adam trained as hard as he had for quite a while on Tuesday and pulled up OK yesterday, but he was a little bit sore in the warm up today and therefore we decided not to push him,” Longmire said.

“It is not a case of him having reinjured his knee, he’s still fine, but the intensity of Tuesday’s session meant that it was hard for him to back it up again today, so that’s his season done.

“It is obviously disappointing but the reality is that Adam hasn’t played for a significant amount of time and we have a great deal of confidence in the group of players who are available.”

Goodes presence would have been a massive boost to the Swans who were blown away in the second half by the Hawthorn Hawks last weekend.

However, given much of their run through the mid-field looked almost gone the reigning premiers could not risk carrying any players who are not at 100 per cent fitness. 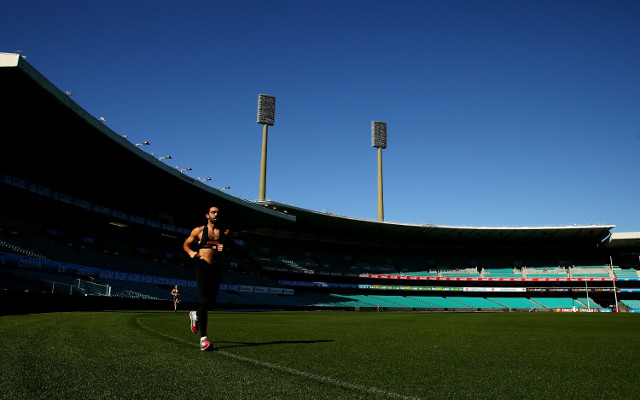