Goodes sparked a frenzy of opinion after celebrating a goal during Sydney’s win over Carlton last Friday by performing a traditional Aboriginal dance in front of a pocket of Carlton supporters.

Despite some of the outcry, McLachlan came out in support of Goodes, telling Channel Nine’s Sunday Footy Show that the 35-year-old had the full backing of the AFL.

“We are a big enough game to accept and celebrate this type of expression,” McLachlan is quoted as saying by AAP.

“The indigenous round is a time to celebrate reconciliation and it’s a time to reflect on the changes that still need to happen.

Following the game, Goodes said his celebration was not intended to be aggressive toward Blues fans rather than to show he was proud of his heritage.

“[Nothing untoward] not at all, proud to be Aboriginal and represent.”

Former and current players come out in support of Goodes, including Cyril Rioli, Tadhg Kennelly, Mitch Robinson and Dan Hannebery. 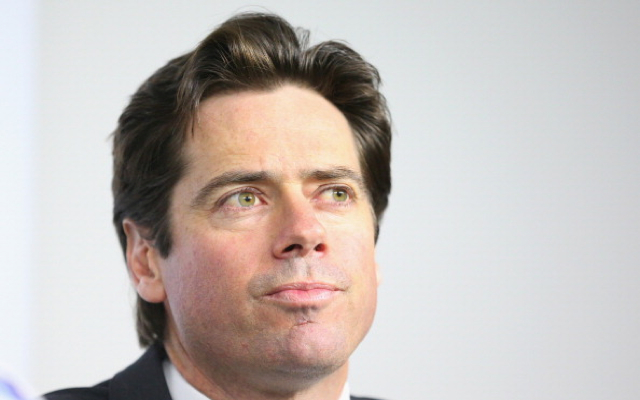