Aston Villa have announced that they will hold a meeting with Jack Grealish to discuss pictures which appear to show him lying paralytic on the road after a booze-filled night in Tenerife.

Snaps have been circulating of the 19-year-old, who made 24 appearances in all competitions for Villa last season and starred in their run to the FA Cup final, in a very drunken state while on holiday with friends.

Twitter user Briony King posted this image, apparently showing Grealish after a few too many! 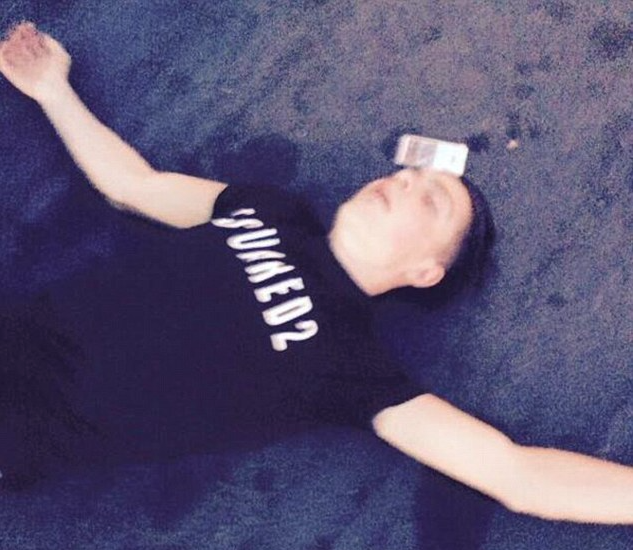 An official Villa statement read: “The club is aware of the photographs of Jack Grealish currently circulating. We will be meeting with the player but any action will remain an internal matter.”

Grealish was warned by manager Tim Sherwood over his future behaviour in March after allegedly being snapped inhaling nitrous oxide, which is known as laughing gas and can be used as a legal high.

The Birmingham-born winger is the subject of an international tug-of-war between England and the Republic of Ireland. It is as yet unclear whether Gordon’s gin or Guinness was his drink of choice.