Liverpool have made Dutch duo Klaas-Jan Huntelaar and Wesley Sneijder their top targets for the January transfer window, fanatix understands.

Reds boss Brendan Rodgers has reportedly told the club’s board that his squad is not far short of mounting a serious challenge on the Premier League top four and believes that the Dutch duo can make the difference.

Huntelaar, 29, is stalling over signing a new deal at Schalke 04 and is free to talk to suitors in January.

An injury to summer signing Fabio Borini has left Rodgers desperately short of attacking options, with Luis Suarez currently the only fit senior striker at the Northern Irishman’s disposal.

The Anfield cub are also interested in Huntelaar’s compatriot Sneijder it has emerged. The 29-year-old has long been tracked by Manchester United and Man City but Liverpool are plotting an audacious £18m bid to bring the Inter Milan captain to Merseyside in January.

Sneijder has constantly reiterated his commitment to Inter but would reportedly consider any serious offer from the Premier League. 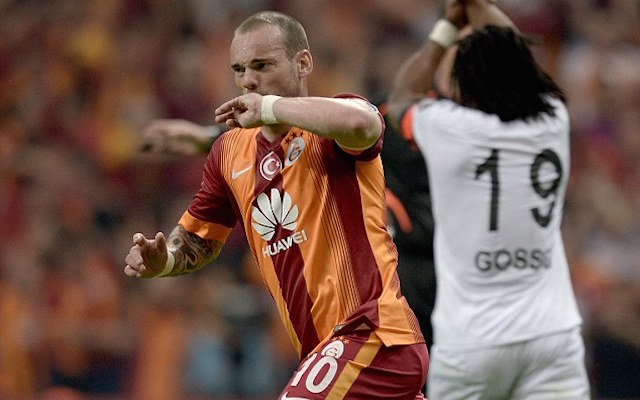