There are multiple teams in the NFL who need to upgrade at inside linebacker, but this is not the year for them to find a can’t miss prospect.

The Baltimore Ravens struck gold after they drafted C.J. Mosley in the first round, and he finished as the runner-up for Defensive Rookie of the Year after notching 133 tackles, three sacks and two interceptions.

While there may be a diamond in the rough who can boost a defense, there is nobody who is absolutely worth taking a risk on in the first round.

However, there is one or two prospects who may be able to crack it. Here is a closer view of the five best inside linebacker draft prospects. 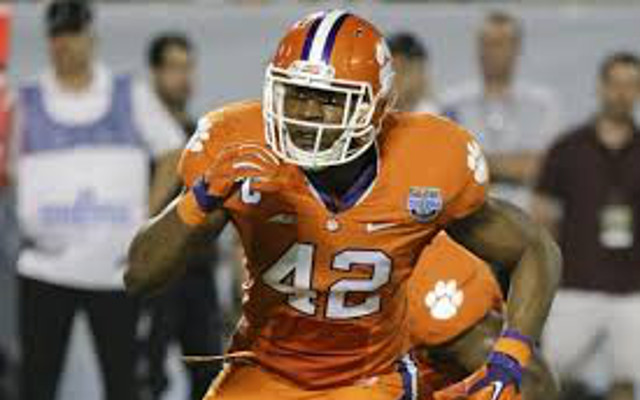 Anthony’s draft stock has continued to rise, as he was named to the All-ACC first team in 2014. He also amassed 131 tackles with four sacks and 13.5 tackles for loss. He ran a 4.56 40 time at the Combine, which gives him potential to be drafted in the first round.

However, that is unlikely at this point as there is simply too much superior talent at inside linebacker and other positions. Although he only came up with 73 tackles in his senior season, which still led Clemson as their defense was a force. Anthony has the proper height and size at 6’2″ and 243 pounds.