A failed marijuana test at the NFL Scouting Combine caused Randy Gregory to go from a possible top 10 pick to a late second-round pick.

Dallas Cowboys 2015 second-round draft selection Randy Gregory admitted that while he does have a problem, he doesn’t have a “weed problem” despite failing a drug test back in February.

Gregory told Jon Machota of the Dallas Morning News that he’s working on becoming a better decision maker, but denied that weed was his main issue.

“That’s something I’ve definitely been working on and something I can definitely fix,” Gregory said. “I’m 22 years old but I think I carry myself real well and I think I need to carry myself a little bit better as far as decision making goes. I think a lot of people are getting tied up in the weed and think it’s just a weed problem. I don’t think it’s a weed problem. I think it’s decision-making. I think I’m immature. I’m definitely working on that. I want to prove everyone wrong and I want to do it with this team. I think this is the best team I can do that with.”

A star LB/DE hybrid at Nebraska, Gregory was seen by most as a top 10 overall selection in the 2015 NFL draft back in early February. But shortly after the NFL Scouting Combine in late February, it was revealed that Gregory failed a test for marijuana when he was tested at the three-day event. As a direct result, teams started dropping Gregory on their draft boards in fear that he would become a repeat violator in the NFL – something which has plagued the careers of top draft picks like Justin Blackmon and Dion Jordan.

Gregory added that he has not smoked at all since receiving the failed test notice.

“I haven’t touched it,” he said. “I’m feeling real good, too. This is a high in itself, to be honest. I’m high on life right now, and I don’t want to lose this high.”

Gregory eventually fell completely out of the first round of the draft and was picked up by the Cowboys on Day Two in the second round with the 60th overall pick. 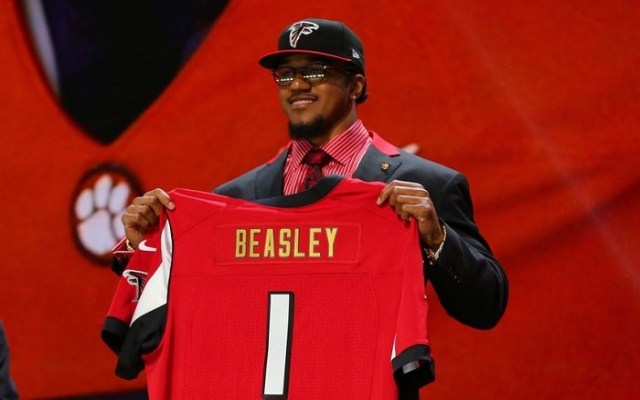