Azeem Rafiq could miss up to five County Championship matches with a knee injury.

Yorkshire spin bowler Azeem Rafiq has been sidelined for six weeks after suffering a knee injury and will miss several County Championship matches.

It is thought that Rafiq could be out for up to five domestic fixtures, starting with the side’s trip to Durham on Wednesday.

The spinner took one wicket in Yorkshire’s opening county game against Sussex and his absence will now offer an opportunity to Adil Rashid.

Rafiq replaced his fellow spin bowler in the team last season and took 26 wickets in 10 Championship matches for the county.

Rashid has a couple of stop-start seasons at Headingley but could now face a consistent spell in the side as their spin option.

Coach Jason Gillespie and captain Andrew Gale have included the 25-year-old in their 12-man squad for the Durham match but it is still unknown whether they will opt for Rashid or five seamers.

If they do go with the Bradford man then he will be playing in his 100th first-class match and needs just four more dismissals to reach the 300 mark.

Rashid last played for the county at the back end of the 2012 season, featuring in a four-day game against Gloucestershire.

Now with Rafiq out for such a prolonged period of time there is an opportunity for the new bowler to cement his place ahead of another long and gruelling summer of cricket.

Yorkshire play their next Championship match against Durham at Chester-le-Street on Wednesday starting at 11.00 BST. 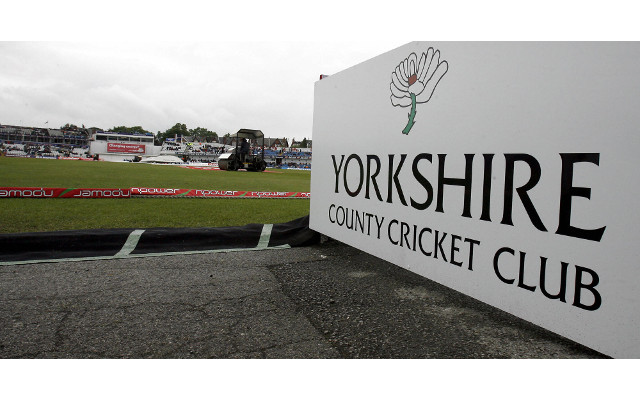