fanatix | Football | International football | Women in FIFA 16: Why this is huge groundbreaking news on and off the pitch

With the groundbreaking news of FIFA 16 including 12 women’s national teams for the first time ever, there has been a lot of praise for the surprising new idea, as this will be ground-breaking for women’s football around the world.

While reactions have been incredibly varied – including obscene tweets and Arsenal fans hijacking the Telegraph’s ridiculous poll on the matter – most feedback has been positive. The addition of the women’s national teams, including England, U.S.A., Brazil, Canada, Germany, and Spain, are going to be a huge step in the right direction for the women’s game to continue to grow.

And it seems like EA Sports isn’t just taking the easy route to make this a reality. In fact, bringing women to the game has been a multi-year process.

Series vice president and manager Daniel Rutter said that he and his team have been working on making the technical changes to allow the female teams component to the game.

“It’s been in the pipeline for a few years, and really it was just a case of making sure that the game was in a good enough state for it the work properly,” Rutter told the Guardian.

It looks like they’re not taking the shortcut either, performing facial scans for all the regular 11 and select reserves for each team, as well as bringing in U.S.A players into EA Sports’ Vancouver HQ to perform their body movements. This was done to make sure the movements of each female player was exactly right, since the way men and women play are different – especially in their body language.

A lot of behind the scenes work has gone into creating this opportunity for FIFA 16 and for women’s national teams to become more recognized. Let’s be honest: a lot of us learned the roster of our favourite teams by playing as them on FIFA growing up. Finally young girls and people from all ages will be able to experience this with the women’s teams too.

The idea of women in FIFA will continue to grow, so football fans better get used to the idea. While EA Sports have started with a roster of just 12 teams this year, there are plans to have the game grow so other clubs can join as well as different international teams. As for male teams versus female teams? That won’t happen – at least not yet.

“As in real life, the sport itself doesn’t support that,” Gutter said. “If that changed, we definitely would.”

The addition of more sides would mean the ability to create an Ultimate Team, one of gamers’ favourite features of the game. For now though, there are not enough players to appropriately create the feature.

“We have 12 international teams,” continued Rutter. “That won’t give us a population large enough to make anything close to a good Ultimate Team mode. We could have gone down the road of creating domestic leagues as well, but we probably wouldn’t have been able to stretch our resources far enough this year to provide a believable and broad crop of players.”

It appears that EA Sports is in for the long-run including women in this male dominated video game, and it’s a move that goes far beyond consoles and computers. It’s a genuine step for gender equality, and a really fun way to continue to play FIFA.

Check out the trailer for FIFA 16 below. 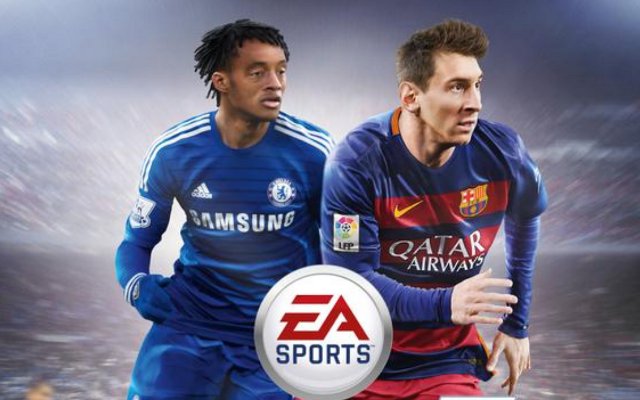