The Gunners had the opportunity to bring back their former captain and passed it up.

In one of the more surprising transfers of the summer Chelsea signed former Arsenal captain Cesc Fabregas from Barcelona for £27m.

The Spaniard spent eight years with the Gunners, in which time the Spaniard became something of a club icon and also earned the armband for his efforts.

Yet his decision to return to the Premier League with one of the North Londoners’ biggest rivals has left a sour taste in the mouths of the Emirates Stadium faithful.

Yet as Fabregas revealed after completing the move to Stamford Bridge, Arsene Wenger had the option to re-sign the 27-year-old for whatever fee the Blues offered – and yet passed up the opportunity.

“When I decided that my time at Barcelona had ended, I looked for the best option for me,” the Spain international was quoted by ESPN.

“Arsenal was the first option, for contractual reasons. There was a clause that gave them the right to decide.

“We spoke to Wenger and he said that the space was very well filled by Mesut Ozil and it was hard to find a place for both of us in the team.”

The Frenchman has made it clear that he is looking for players in other positions – most notably a right-back and a holding midfielder – but the 64-year-old may live to regret this decision regardless.

Despite playing for the North London outfit when their supremacy in the English top tier was on the wane, Fabregas is still regarded as one of the best midfield players to grace the division.

His versatility – with the ability to play deep, as No.10, or even as a false nine – makes the Spanish star a perfect squad player and in the past 10 years not many can match him for the amount of assists he has provided. 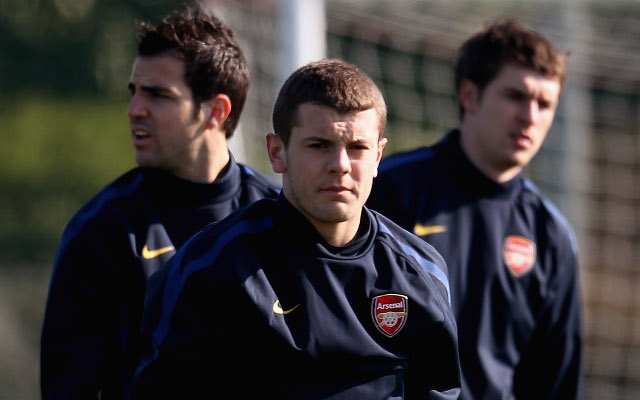 Wenger may already have Mesut Ozil and Santi Cazorla in attacking midfield, as well as Aaron Ramsey and Jack Wilshere further back, but injuries and lack of form last season showed that more support is always welcome.

The supporters generally have faith in their manager (except for the oh so predictable #WengerOut hash-tag) and rightly so, for the 64-year-old has brought so much success to the club over the years.

Yet his transfer policy is often bewildering and if it’s the Blues and Fabregas lifting the Premier League trophy come May, there will be plenty of Gunners fans left thinking ‘what if?’.