Replacement hooker John Ulugia scored a try with three minutes left, to snatch a 25-20 Super 15 victory for the NSW Waratahs over defending champions Waikato Chiefs in Sydney on Friday.

The Chiefs had looked poised to win after fighting back from 0-15 down at halftime to lead 20-18 before Ulugia stormed over off a Bernard Foley pass to score the Waratahs’ third try.

The Waratahs played some of their best rugby of an inconsistent season to lead the champions 15-0 at halftime with tries to debutante winger Cam Crawford and former rugby league international Israel Folau. 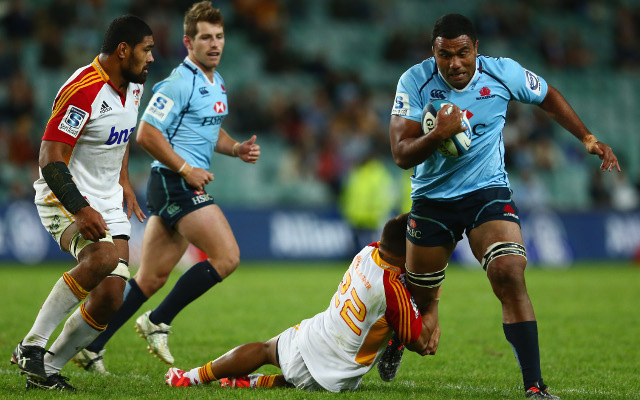 But the Chiefs regrouped in the second half and dominated possession and territory to edge in front following tries by Gareth Anscombe and huge prop Ben Tameifuna.

The Kiwis only held on to their lead for five minutes before Ulugia broke Tameifuna’s tackle and raced over to touch down for a clinching converted try.

It was the Waratahs’ fourth win of the season and pushed them to within eight points of Australian conference leaders ACT Brumbies, who play the Queensland Reds in Brisbane on Saturday.

For the Chiefs it was their second consecutive loss to Australian opposition after going down 31-23 to the Reds in Hamilton last weekend and they have relinquished the lead in the New Zealand conference to the Auckland Blues.

“I thought we played really well in the first half, probably our best opening half of the season, but we slackened off a bit in the second half,” Waratahs skipper Dave Dennis said.

“It was great ticker to hang in there at the end to get the result.”

It was a tonic for the Waratahs before they head off for a two-match tour of South Africa, beginning with the Northern Bulls in Pretoria next Saturday. 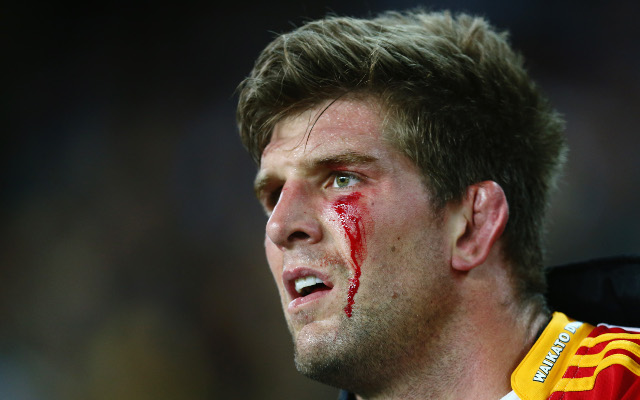 Chiefs skipper Liam Messam said his team had changed their approach after a poor opening half.

“It was a very disappointing first half for us, but I’m proud of the boys for the way they came back and had a great opportunity to win the game,” Messam said.

“We were going backwards a lot in the second half and we had to change our habits and I’m proud of the way we came back.”

The Chiefs will be looking to avoid a hat-trick of defeats when they host South Africa’s Coastal Sharks in Hamilton next Saturday.