Islanders move into top eight in the Eastern Conference.

Having been chasing a play-off spot all season, the New York Islanders finally moved into the top eight in the Eastern Conference following their 5-2 win over the Winnipeg Jets.

The Islanders haven’t made the Stanley Cup play-offs since the 2006-2007 season, but moved into a position to end that barren run with their win on Tuesday night.

Having leapfrogged the New York Rangers, they now sit level with the New Jersey Devils as they hope to continue their ascent in the East.

It looked as if it would be a close game as the two teams ended the first period level, but having fallen behind the Islanders came storming back to finish the second period 3-2 up, before wrapping things up in the third with goals from Frans Nielsen, Matt Moulson and John Tavares.

They travel to Washington to take on the Capitals on Thursday, hoping to make it three consecutive wins as their play-off push gathers momentum. 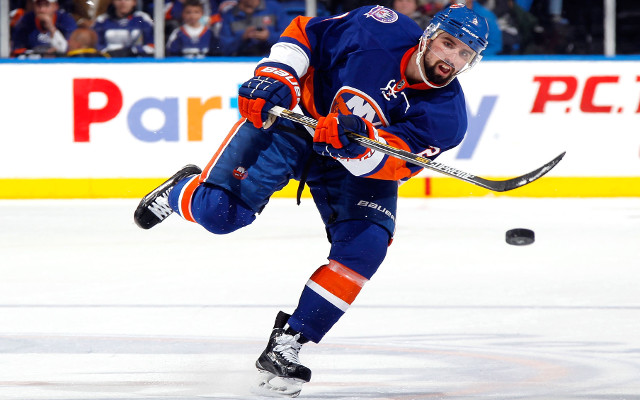