Massachusetts stormed out to a 14-0 lead over Vanderbilt with a surprising fake punt play that turned into a touchdown.

University of Massachusetts is looking to earn their first win against Vanderbilt, who has also started their season 0-2. They got off to a somewhat surprising start and scored their second touchdown of the game in spectacular fashion.

In the first quarter, the Minutemen faced a fourth down and appeared ready to punt. However, they had other plans.

Punter Brian McDonald engineered a fake punt play and passed to a wide-open Rodney Mills, who caught the pass and ran 53 yards for a touchdown.

This marked Mills’ second catch and second touchdown reception of the day.

Here is a tweet of the video from the official ESPNU profile. 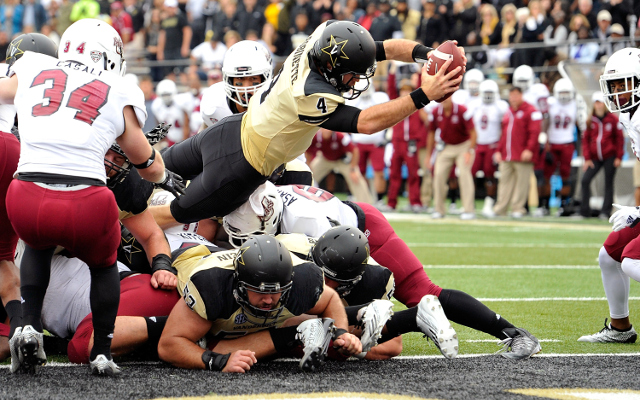