Both men have plenty to fight for as the winner could be a step away from the gold.

It might be listed as the co-main event, but the mwelterweight bout between Carlos Condit and Tyron Woodley has as much riding on it for the winner as the title fight directly after it.

With the winner set to become the number one contender for the belt, if the loser of the Hendricks v Lawler is not granted an immediate re-match which is possible if it turns into the brawl many are tipping and that fans are hoping for.

But if Condit can pull out the 30th victory in his mixed martial arts career, it can be argued few in the sport much less the division are more deserving at a shot at the crown again.

Condit’s past nine fights have been against some of the biggest name the 170lb division has served up in the past five years, with Martin Kampmann twice, Jake Ellenberger, Rory McDonald, Dan Hardy, Kim Dong-Hyun, Nick Diaz, George St-Pierre and Johny Hendricks all standing across the cage from the ‘Natural Born Killler’.

And it was only close losses to Hendricks and St-Pierre (for the undisputed title) that saw Condit shuffled back in the pack a fraction.

Condit brings an unorthodox striking style into every fight, no matter who the opponent is, with 76in reach allowing him to fight at a distance or hurl combinations of punches, kicks, knee and elbows as he is closing the distance and fighting off the backfoot.

If Condit is able to rock Woodley at any point in the fight, look for him to display more composure and timing as he will have learned from his knockdown against St-Pierre, where he emptied his gas-tank trying to finish the then returning champion.

For Woodley, this weekend could see him make the jump in ranking from being seen as a rising star to a top three fighter in the division that is quickly hotting up.

While there are plenty of the top 15 ranked welterweights also fighting also on the main card at 171, Woodley has the chance to make the most noise.

Facing a wily and veteran opponent like Condit, ‘The Chosen One’ will need to be at his best if he is to pull out the 13th victory of his promising career.

With his strong wrestling background behind him, Woodley won his first 10 professional MMA fights in a row, until the streak was stopped by Nate Marquardt in 2012.

Since then he has won two out of his last three, with the victories being knockouts against Jay Hieron and Josh Koscheck, with the manner in which the powerfully built Woodley disposed of both men, good enough for Joe Silva to give him the biggest fight of his life this weekend against Condit.

Tale of the Tape

Nicknames: T-Wood, The Chosen One 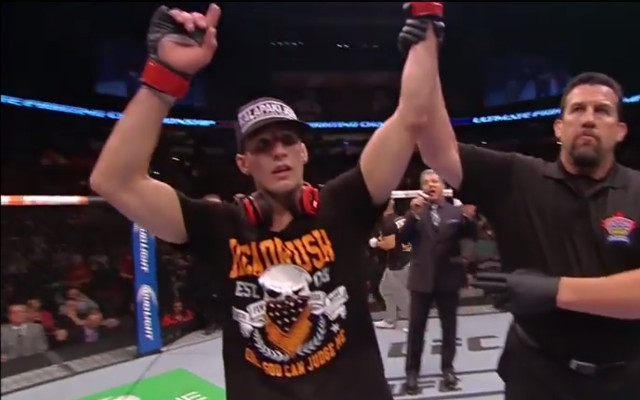 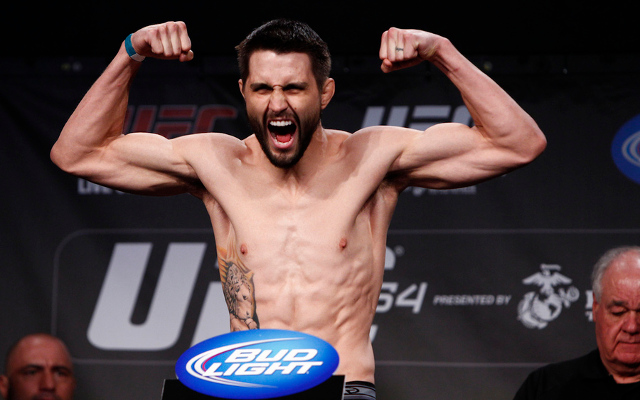 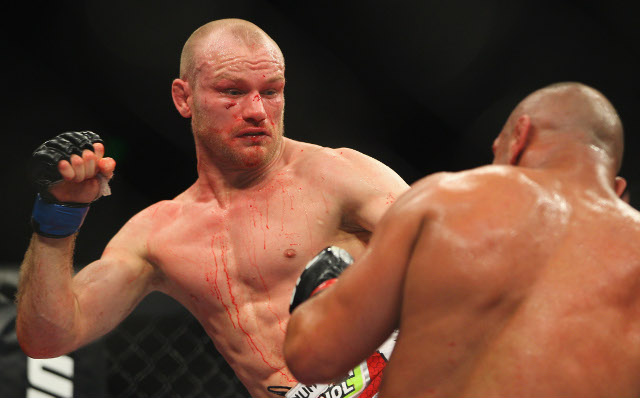