A cyclist has released a video showing him traversing an almost vertical rock face on one of the world’s most dangerous trails.

30-year-old daredevil Michal Kollbek is filmed making one journey across the rock face of the famed White Line in Sedona before also completing a journey back.

The footage was shot from a drone with Kollbeck later admitting he only attempted the daring feat because he happened to be in the area, reports Daily Mail.

See a selection of images and a clip of the incredible stunt below: 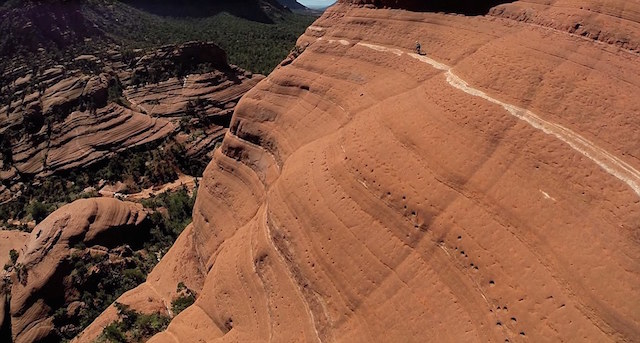 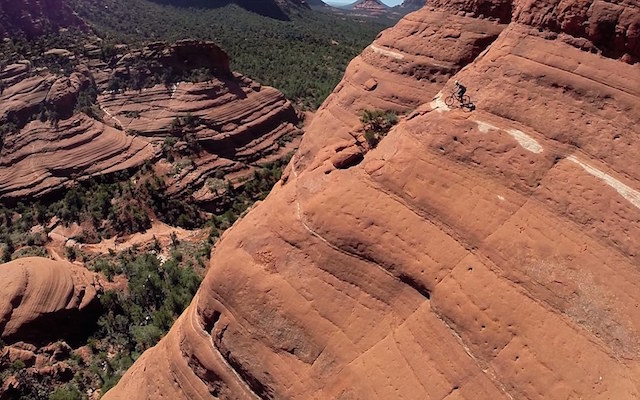 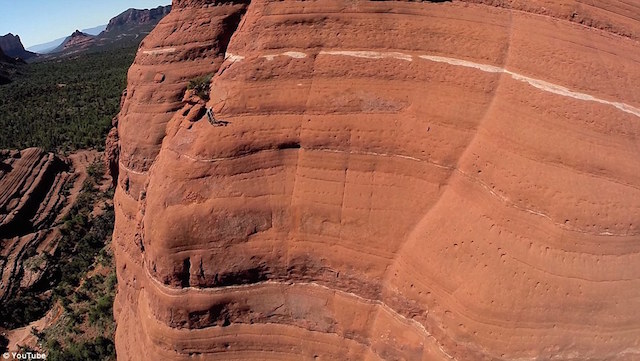 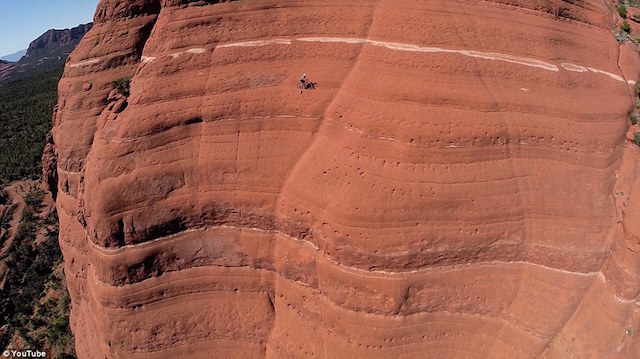