Force confirms that several people were arrested after violence erupted after Sunderland’s 3-0 win over Newcastle at St. James’ Park on Sunday.

Police have confirmed that 29 people, believed to include a Newcastle fan who punched a police horse, were arrested after violence erupted following Sunderland’s 3-0 Tyne-Wear derby victory at St. James’ Park.

Angry Toon fans attempted to confront Sunderland supporters at the city’s central station and three police officers were injured in the clashes, although the force confirmed that the punched horse is “safe and well”.

“The vast majority of fans were well behaved and enjoyed the Tyne-Wear derby for the great occasion that it is,” chief superintendent Steve Neill, of Northumbria Police, is quoted as saying by ESPN.

“Disappointingly, there was some disorder involving what appear to be Newcastle United supporters following the match in the city centre, including an incident at Central Station.

“Disruptive behaviour of any kind is not tolerated. Inquiries will take place into these incidents, and action will be taken against all those involved.”

After pictures and video emerged of a Newcastle fan punching a police horse, West Yorkshire police confirmed on Twitter that the horse, named Bud, is fine and posted pictures of the wronged beast.

UPDATE ON BUD. He is safe and well, eating and going out in the paddock in a few minutes. I will post a pic in 10 mims, thx for the concern

This is Bud the morning after Newcastle, he is in the paddock and appears fine, thanks everyone for the concern #bud twitter.com/WYPHorses/stat… 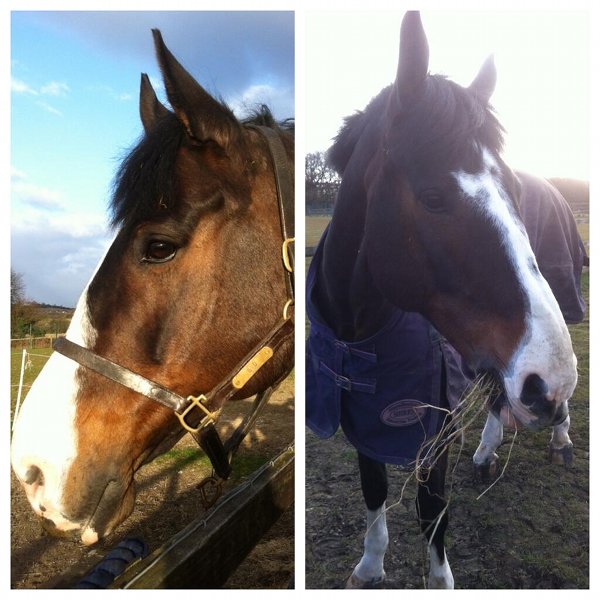 If you haven’t seen the incident, here’s a video of Bud being attacked: