Explosion captured on camera by runner less than 50 yards away from the incident.

The deafening sound of the blast shows just how loud it was and how close this particular runner was from becoming involved in the impact.

While the investigation is still ongoing into who was behind the attacks, it has already been made clear by organisers of the London Marathon that the event will still take place on Sunday, but will significantly step up its security.

Terrorist act in Boston will not deter London Marathon 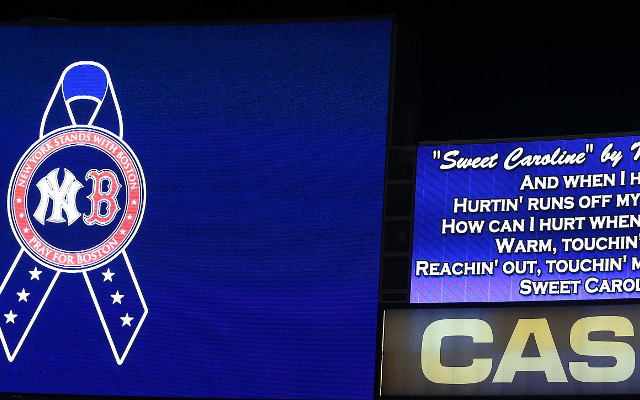