Phoenix Suns star shows off his amazing hops with this insane dunk.

fanatix wonders at what point do NBA offcials have to start testing Gerald Green to see if he actually has springs instead of legs like the rest of us mere mortals.

Possessing arguably the highest vertical leap in the NBA today, Green has made a habit of making the highlight reels, no matter what team the journeyman is on.

After landing with the Suns, nothing has changed, as he finishes off this fastbreak with an alley-opp that saw him close to head-butting the ring, that’s 10 feet off the ground.

Green jumped so high that he looked like he stalled in mid-air before catching the lob and slamming it down with two hands.

Can anybody say Gerald Green for Slam Dunk Champion 2013-14? 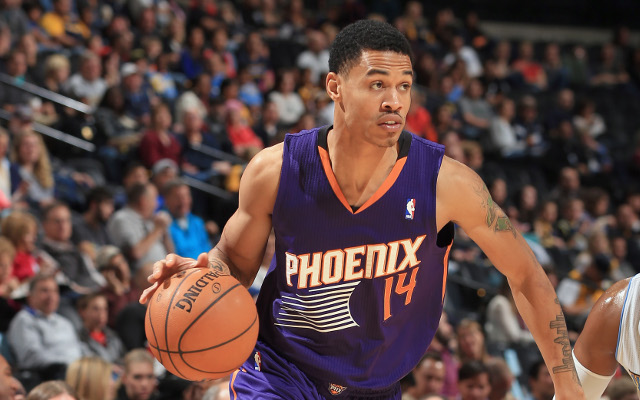