Wigan Athletic beat Millwall in a professional display, though fighting in the stands amongst Lions fans rather soured the occasion.

Millwall lost to Wigan Athletic in the FA Cup, but the match will stay in memories more for what happened off the pitch.

There were clashes between assorted groups of the nPower Championship team’s fans in the second half of the match, and arrests have since been made.

In the match itself, the Latic’s status as a Premier League club and a division above their opposition meant the gulf in class was evident.

Wigan scored a goal in each half, with Shaun Maloney grabbing the first from a brilliant Arouna Kone cross, and the second fired in by Callum McManaman.

Roberto Martinez’s team will face either Chelsea or Manchester City in the FA Cup final in May.

Watch official video highlights of the game below (subject to territory): 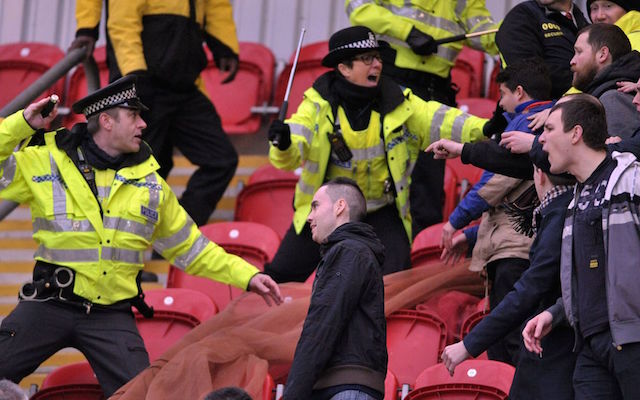