ESPN sideline reporter Britt McHenry has been suspended from her job after viciously berating a tow truck employee.

Her car had been towed from a restaurant, and she went to the tow lot and lashed out at the attendant.

McHenry went on to frequently use swear words while insulting the employee’s appearance, job and education while going out of her way to say that she is superior.

The ESPN reporter even told the employee to “lose some weight.” Here is a brief clip of this cringeworthy video.

ESPN announced that McHenry will be suspended from her job for a week, and the reporter took to Twitter to apologize for her actions.

In an intense and stressful moment, I allowed my emotions to get the best of me and said some insulting and (cont) http://t.co/Wx37XF2QtM

The full video can be seen here, and a view of it may make people enraged that she was suspended for a week and not fired by ESPN since the barrage of insults will be enough to make you cringe.

UPDATE: Apparently, the company that McHenry lashed out against has already received grief from many other people, according to their Yelp reviews. You decide whether this justifies McHenry’s comments. 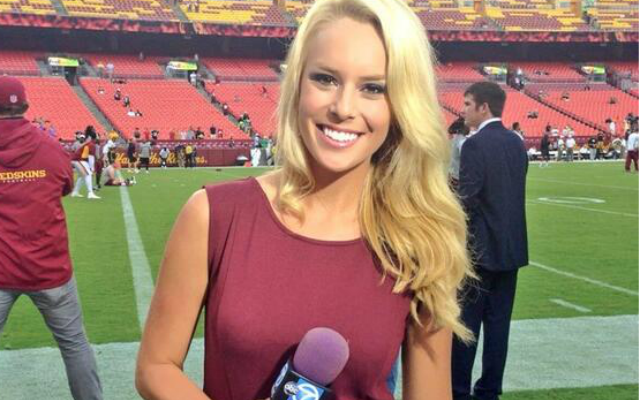