Danny Garcia improved his record to 30-0 after defeating Lamont Peterson in a tight decision win in Brooklyn, New York on Saturday night.

The pair met in a 143-pound catchweight bout with no titles on the line, and as expected it was a scrappy and closely fought encounter with the pair trading punches throughout as the momentum swung mid-way through the fight.

Garcia dominated the early rounds then held on to edge out his fellow American for the decision. Two of the judges scored it 115-113 for Garcia while the third had it 114-114 as his fast and aggressive start ultimately made the difference.

However, Peterson rightly called for a rematch after the fight as he took over in the later rounds and capped it off with an impressive effort in the final three minutes to ensure that it was a close decision.

It wasn’t enough to sway the judges in his favour, but the defeated star will come again as Garcia will now assess his options and continue to build on his impressive unbeaten record of 30-0.

Both men hold world titles at a lower weight, but it is no secret that they are looking to move up the divisions in order to secure the bigger fights in the sport.

However, based on the closeness of their encounter on Saturday, they may well be sharing a ring again in the not too distant future. 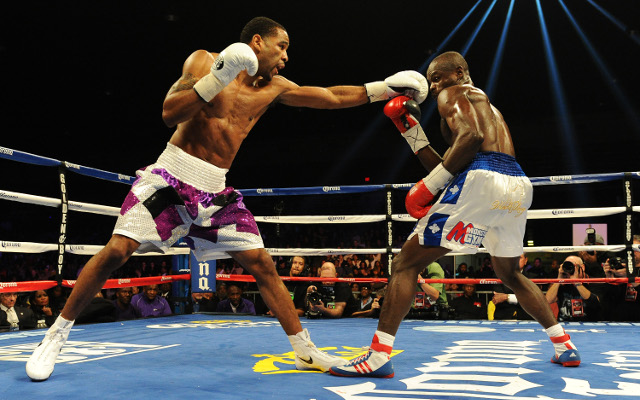