Late onslaught by the challenger not enough to see belts change hands.

Garcia knocked down Judah in the eighth round en route to his 26th victory in as many fights, with 16 wins inside the distance.

“Whoo! It was a hell of a fight, man,” said the champion, who survived Judah’s fierce surge in the last three rounds to earn the decision.

After a build-up to the bout marked by ill-will between the fighters, the champion came out strong, moving forward against veteran southpaw Judah to control the early rounds.

Garcia stepped it up in the fifth, staggering Judah with a right to the jaw.

Garcia continued to apply the pressure in the sixth. He hurt Judah with another right, but the experienced challenger kept his cool, making good use of strategic clinches and continuing to punch, even though he didn’t appear to be hurting the champion.

Judah, a former champion who fell to 42-8, had just unleashed one of his best punches of the night, a left in the eighth round, when Garcia answered with a straight right that sent Judah to the canvas.

Judah finished the round with a gash under his left eye that prompted an examination by the ringside doctor.

Judah, a Brooklyn native buoyed by the support of fans at the New York City borough’s Barclays Center, turned the tables in the 10th and 11th. The 12th saw the bloodied combatants going toe-to-toe until the bell, when they exchanged smiles and a brief embrace.

“I came to Brooklyn, I had to beat the Brooklyn guy in his hometown,” Garcia said. “I knew he was never going to give up.”

“He’s a crafty veteran with power, we knew that,” Garcia said. “But I’m a true champion. I’ve got to fight through the storm in order to be a champion and I proved that tonight.”

The victory left Khan hopeful of a rematch with either Garcia or Lamont Peterson, who is due to defend his International Boxing Federation belt in the 140-pound (63.5 kg) division against Argentina’s Lucas Matthysse on May 18.

Garcia is now widely expected to get a shot at the winner of Peterson-Matthysse, with Khan hoping to face the winner of that unification fight. 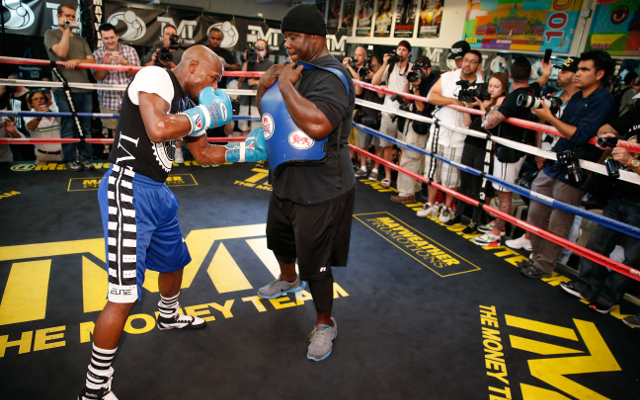