The greatest Baltimore Raven of all-time, future Hall of Fame LB Ray Lewis is an icon in the city of Baltimore.

Former Baltimore Ravens star LB Ray Lewis took to social media to express his desire for a return to calm in the city of Baltimore, where he played for his entire Hall of Fame career.

Violence has ravaged the city of Baltimore since Monday following the the funeral of Freddie Gray, a 25-year-old African-American man who died after suffering a severe injury in police custody. Mass looting, property destruction and even fires in the middle of the streets were commonplace on news reports throughout the night.

Ray Lewis, who the Ravens picked up in their first ever draft back in 1995, led the Ravens to both of their Super Bowl titles in 2000 and 2012. He is a 13-time Pro Bowler, 10-time All-Pro and a two-time Defensive Player of the Year.

No way, No way this can happen in our city…

#Violence is not the answer. We must have #peace in our #city, we are a city that’s built on #Believing in each other. #BaltimoreRiots

We must come together,we can stop the violence as a #community.These kids have to have real leaders,we need everybody to join this #movement

Lewis has his own history of violence though – he was charged with murder in 2000 but reached a plea agreement in exchange for testimony against his co-defendants and never received any jail time. 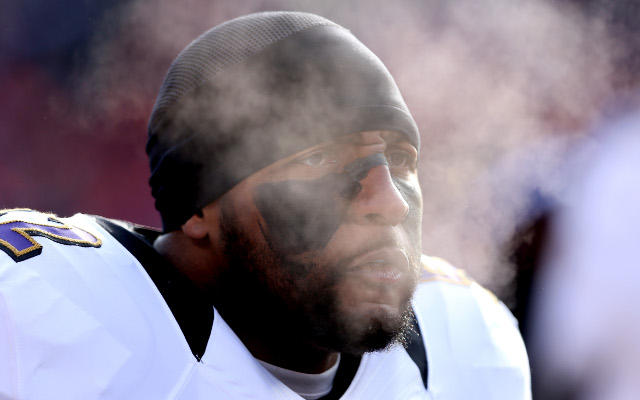