Putch invasion sees game end in a farce as final minutes not played.

Tonga scored seven tries in a 36-4 win over fierce Pacific rivals Samoa in a rugby league Test ahead of the World Cup in England and Wales later this year.

Samoa, who had won the past two encounters against Tonga, only had a try by St George Illawarra winger Daniel Vidot in reply in front of an enthusiastic crowd of 10,143 at Penrith Stadium.

However, the end of the game was marred by a pitch invasion.

Several members of the crowd came onto the field after Tonga’s sixth try with the final two minute of the clash thrown into chaos soon after.

Referee Matt Cecchin head down the tunnel into the change rooms with time remaining on the clock.

The final conversion of the game was never taken as the clock ran down and the game did not restart after dozens of fans stormed the field after Tonga’s seventh try. 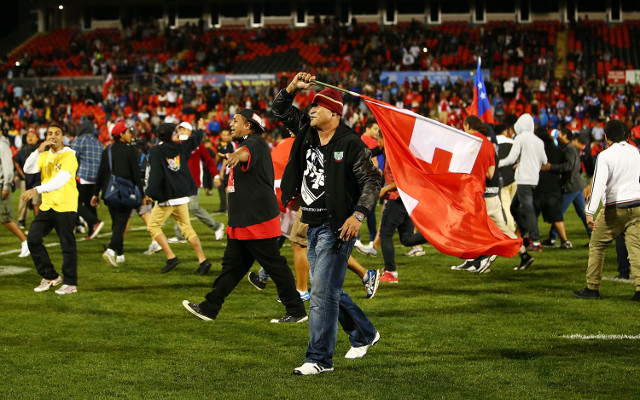 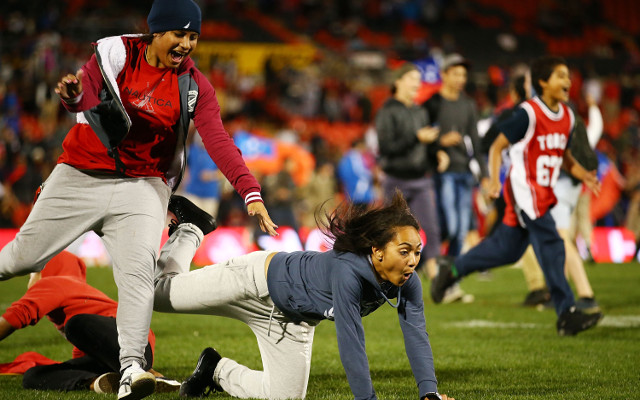 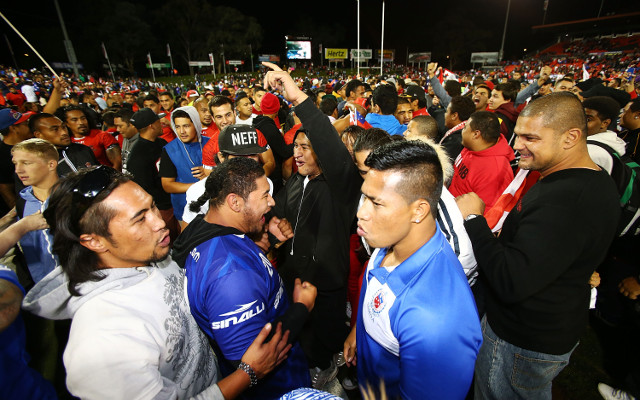 The Tongans shot to a 10-0 lead after Langi muscled his way over the line and converted, before Samoa pulled it back to 10-4 by halftime after Vidot’s touch down.

Tonga proved too clinical after the break. Likiliki went over for his second within two minutes of the restart and, although Samoa had some promising moments, they couldn’t capitalise.

Samoa open their World Cup against New Zealand in Warrington on October 27 and are also in the same group as France and Papua New Guinea.

Tonga open against Scotland in Workington on October 29 and also face Italy and the Cook Islands in their group.