The Blues were humbled by Basel at Stamford Bridge.

With Jose Mourinho back in charge at Chelsea, many thought the Blues would compete at a high level during this season’s Champions League.

Yet this didn’t prove to be the case as the west London side succumbed to a shock 1-2 defeat at home at the hands of FC Basel.

Here’s the best and the worst for Mourinho’s men.

The Serbia international is settling more and more into the role as a right-back rather in central defence and is becoming more mobile when pushing forward.

Although the hosts lost Ivanovic looked good both at the back and when in attack.

Bossed the midfield and even at 35-years-old is arguably the team’s most influential player – Lampard also laid on the goal for Oscar with a fine pass. 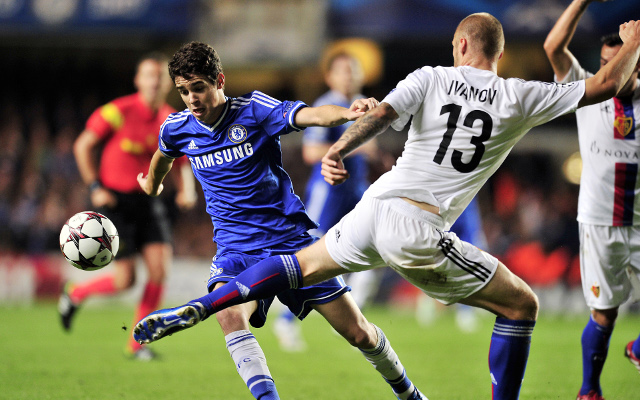 The Brazilian seems to revel in the Champions League having scored five goals in six matches last season and once again the 22-year-old was on the score-sheet.

The usually reliable full-back has shown a few chinks in the Englishman’s armour of late and this was not one of Cole’s better performances.

With Ryan Bertrand knocking on the door at the Bridge the 32-year-old will need to turn this form around.

It’s only two games in to the African’s career in England but as yet the striker looks a shadow of the player that dominated Europe with both Barcelona and Inter Milan.

Never looked close to getting on the score-sheet and seemed one step behind the Basel defence.

The Achilles injury the winger suffered on international duty showed in this match as the Belgian could not complete any successful dribbles or runs.

Hazard has undeniable talent but looked all at sea in this clash.