Dragons record their first win of the season in emphatic fashion.

The pressure valve on St George Illawarra coach Steve Price has been released after his side comprehensively defeated the Cronulla Sharks 25-12 to earn their first win of the NRL season.

Heading into the fourth round win-less and with whispers of Price’s job being at risk, the Dragons responded in the best possible fashion to ambush the Sharks at their home ground.

The loss was further soured for the Sharks with star five-eighth Todd Carney left the field late in the first half with an ankle injury.

St George showed the willingness to attack with flair for much of the game, which contravened how they had played to date in 2013.

However, it was their work without the ball that most impressed the Dragons coach.

“I am just very pleased with the guys, our goal-line defense was great and we did everything that we spoke about before the game,” Price said.

“There is a still a lot of work on our attack but it was good to keep them to just 12 points because they (Cronulla) are a good side.” 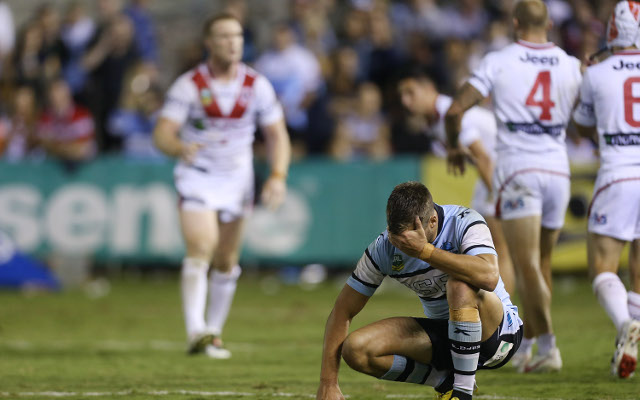 Dragons playmaker Jamie Soward, along with fellow half Nathan Fien, had come under increasing pressure for their lack of spark in attack.

Soward said it was only a matter of time before the Dragons clicked and said the Shire derby was as good a game as any to kick-start their flagging season,

“I think whoever we played this week would have lifted, a lot has been said in the media so it was great to play the way we did tonight,” Soward said.

“We (Soward and Fien) have got 400 games between us, but it was an all round team effort and we had to roll up the sleeves and show some pride in the red V.”

Cronulla looked sharp in attack early as they probed away at the St George defensive line, looking for a crack to turn into a chasm.

But it was St George who were first on the board when prop Trent Merrin bust through the line, before his off-load found Fien in support to roll across the line, giving the visitors a 6-0 lead.

As if to foreshadow what was to occur, the Sharks had lost their last 10 games after conceding the first try.

The Dragons earned back-to-back tries when Jamie Soward swooped on a loose pass to race 70 meters to score.

Soward’s long-range effort was the perfect start for the Dragons who had only scored 11 points in the first halves of their three games to date.

And in just 17 minutes, they had more than doubled that, as Soward converted his own try to make it 12-0.

St George’s less structured style began to work for them as they continued to play what they see in front of them, with the Dragons getting a further boost with Carney being taken from the field. 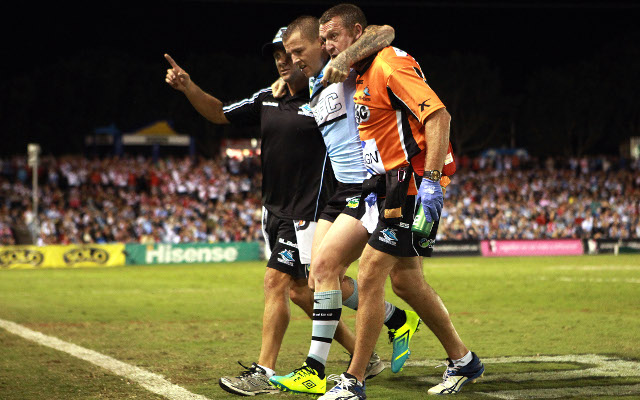 Cronulla scored a miraculous try for their first, after a Jeff Robson grubber was batted back into the field of play, seeing a scramble in the in-goal area with Robson touching down.

In the last eight games between the sides the team leading at half-time had gone on to win the game, and again in promising news for Dragons’ fans, their side was in front by a converted try.

St George inflicted more pain after the resumption through an athletic grounding by winger Jason Nightingale as Soward was pelted with objects while attempting to take a conversion, but he split the posts to take his side out to an 18-6 lead

Thanks to back-to-back sets, Sharks prop Andrew Fifita spotted half a gap and bust through easily next to the posts to bring his side back to within six.

Errors started to creep into the Dragons’ performance as the Sharks began to dominate territory and possession.

Nightingale scored his second for the game after showing tremendous skill to touch the ball down just inside the dead-ball line after a grubber.

St George were under tremendous pressure by the Sharks before Nightingale’s try, with the lead again jumping out to 12

Soward then landed a significant blow when he slotted a field goal with seven minutes
remaining to take the lead out to an unassailable 13. 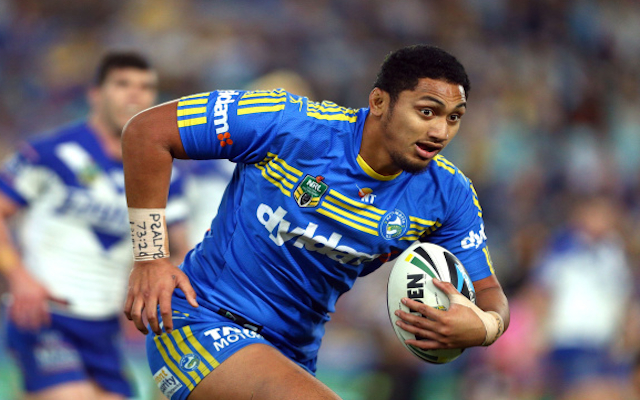