Would any of these forwards fit in at the Emirates…?

While Olivier Giroud has actually done better than many have given him credit for this term (he’s bagged 22 in all competitions), the French striker hasn’t been able to produce the goods in big matches – which has earned him criticism from the Gunners faithful.

Backup forward Yaya Sanogo hasn’t scored a single goal all season, while Danish striker Nicklas Bendtner is leaving this summer on the expiration of his contract.

While Arsenal fans have been linked with big money moves for world-class names like Mario Mandzukic and Karim Benzema, manager Arsene Wenger may choose to take a risk on a cheaper, bargain forward instead.

If he decides to do so, here’s some of the names he should take a serious look at…

Doumbia is an Ivorian forward currently starring in Russia. The powerful forward has bagged 17 goals in 17 top flight matches so far, and notched twice in the Champions League earlier in the season as well. He’s quick, strong and a good finisher – and at 26-years-old, is entering his peak footballing years. 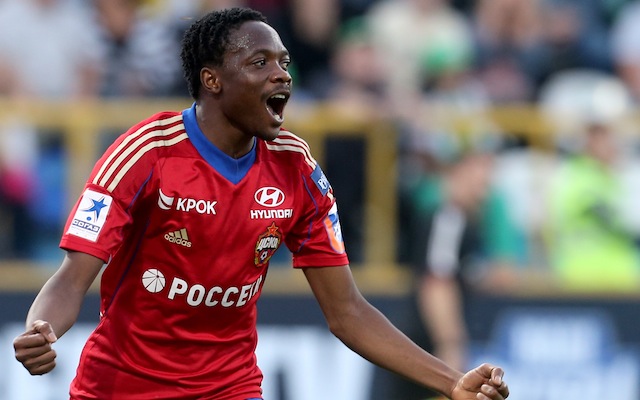