Seattle Seahawks head coach Pete Carroll said that he would understand if cornerback Richard Sherman chooses to see the birth of his son instead of playing the Super Bowl if the situation arises.

Seattle Seahawks cornerback Richard Sherman is expecting the birth of his first son in early February, and he may be forced to make one of the most difficult life decisions if the due date is on Sunday.

The Seahawks will be playing in Super Bowl 49, so Sherman is hoping that the baby will not be due when the Seahawks are scheduled to play the Patriots. Head coach Pete Carroll said he would be understanding of Sherman missing the Super Bowl if he has to though.

Sherman not playing would be a major blow to the Seahawks defense, but this may serve as an inspiration to the cornerback and his teammates as they look to become Super Bowl champions once again. 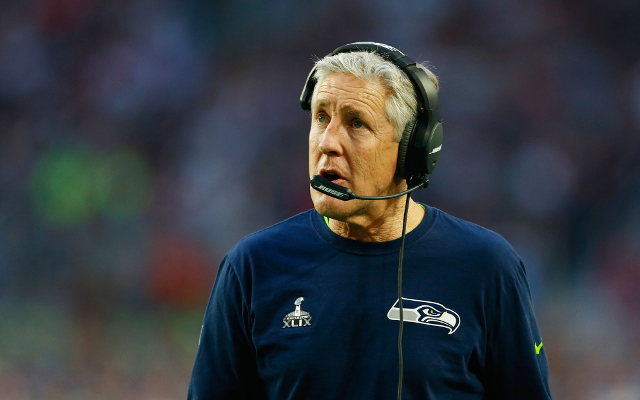 Seattle Seahawks HC Pete Carroll keeps it in the family