Tonight is turning into a proud night for English Everton fans.

After Toffees defender Phil Jagielka led the Three Lions out as captain, Goodison hero Ross Barkley broke the deadlock in Lithuania with this long-range effort.

The Three Lions took a while to settle on a plastic pitch, but things finally clicked into gear on 28 minutes when Barkley, who was named man of the match as England beat Estonia 2-0 in London on Friday, fired home via a hefty deflection.

England, who started the day with nine wins from nine Euro 2016 matches, now look set to complete a qualifying campaign with a 100% record for the first time ever.

The last four occasions a team has qualified for a European Championship with a perfect record, that nation – Germany, Holland and Spain (twice) – has gone on to reach the semi-finals.

England’s last run to the final four came 20 years ago when they hosted Euro 1996, where they lost in a semi-final penalty shootout to eventual champions Germany. 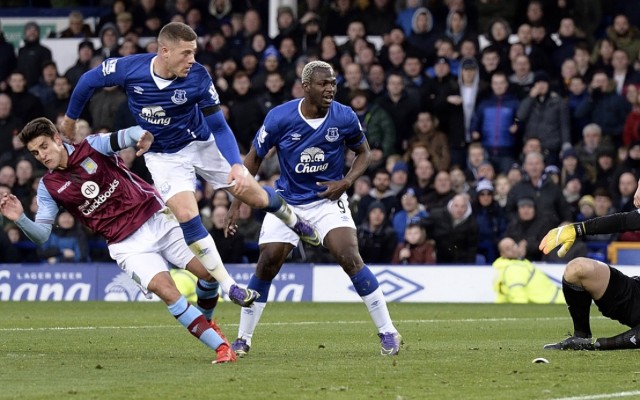