O’Sullivan claims successive titles after coming back from a year’s sabbatical.

O’Sullivan’s victory saw him become the first player to mount a successful title defence since Stephen Hendry in 1996 and gave the 37-year-old his fifth world championship in total.

His latest World Championship was all the more impressive as O’Sullivan had effectively taken a year out from the sport since his 2012 Crucible triumph.

Fans’ favourite O’Sullivan said during this year’s edition that he was only playing to pay his son’s overdue school fees and, not for the first time, threatened to retire from snooker.

And it also meant O’Sullivan was now four in front of snooker great Hendry’s previous record total of Crucible centuries of 127, having rattled in breaks of 133 and 124 on Monday to add to contributions of 103, 106, 113 and 100 on Sunday.

But maiden finalist Hawkins kept his fellow Englishman waiting by taking the first two frames of the evening session before a trio of 50-plus breaks saw O’Sullivan, widely regarded as snooker’s most naturally talented player, to the title.

Hawkins, coached by 1979 world champion Terry Griffiths, showed his mettle by starting Monday’s final session with a break of 127, including a trebled black, and then took the next with a contribution of 66.

But O’Sullivan, who has been working with sports psychologist Dr Steve Peters, stilled thoughts of an improbable comeback with a break of 77 in the next. 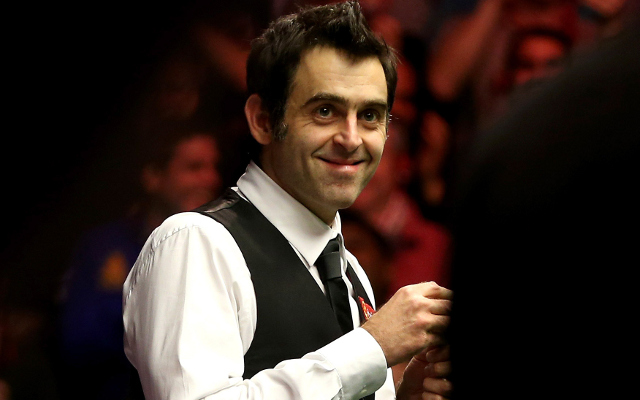