Tight end Julius Thomas was not expected to return to the Denver Broncos, and this has been all but confirmed as he is reportedly headed to the Jacksonville Jaguars.

The 26-year-old tight end broke out in 2013 for the Denver Broncos, who put together arguably the best offensive performance in NFL history.

Thomas caught 65 passes for 788 yards and 12 touchdowns and followed it up with another 12-touchdown season in 2014 despite missing three games.

It remains to be seen whether Thomas can be a fearsome weapon in Jacksonville or if he is simply just a product of Peyton Manning. 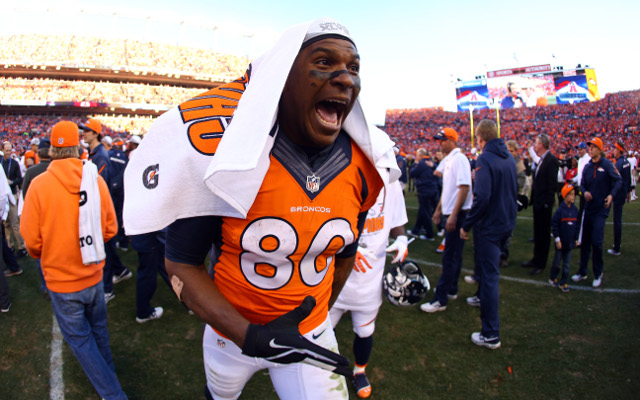