Former sevens star Frank Halai laid the platform for the victory with his hat-trick of tries in the first half, while Francis Saili added another two and Rene Ranger scored the Blues’ lone second half try.

The Rebels, who came back from a 10-29 deficit at half-time to be rewarded with two bonus points, scored five tries with two for Mitch Inman and one apiece to Scott Higginbotham, Lachie Mitchell and Jason Woodward. 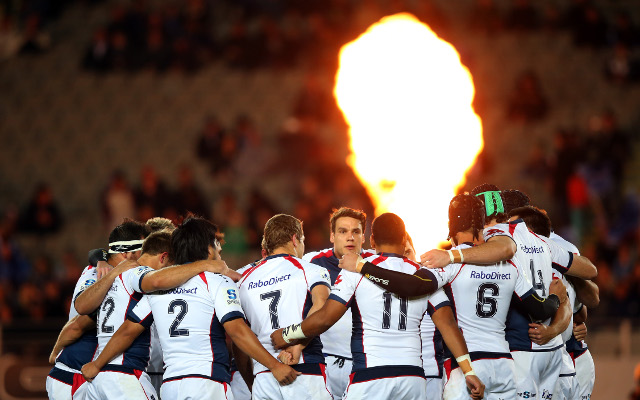 The win lifted the Blues two places into fifth ahead of the Canterbury Crusaders who have a bye this weekend while the Central Cheetahs, who lost to the Wellington Hurricanes 39-34, slipped down to seventh.

But while the Blues claimed maximum points to remain in play-off contention, they showed they have a lot to work on if they are to remain in the top six.

Although right wing Halai and inside centre Saili were threatening every time they had the ball in the first spell their talents were rarely sighted after the break when the Blues forwards gave ground.

Coach John Kirwan will also have concerns that the Blues defence leaked five tries against a Rebels side that sits fourth from the bottom of the ladder and well out of championship contention. 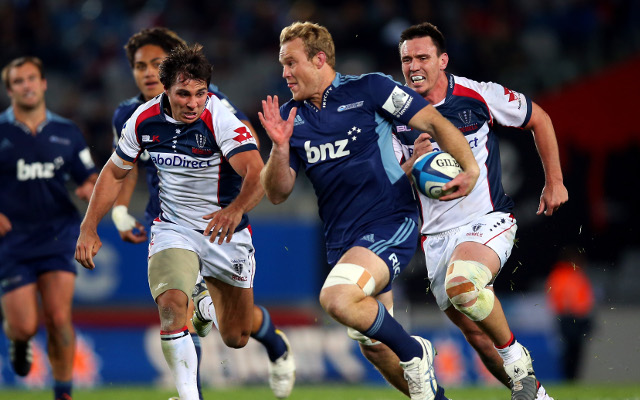 Captain Ali Williams described the win as “ugly” with the Blues performance sliding downhill after a four-try burst in the opening 25 minutes.

“We were lucky to get away with it. Today we learned a valuable lesson that we can’t just rest and cruise through this,” Williams said.

“To be honest we let ourselves down. A bit of individual brilliance by a few individuals but as a team I think we need to look hard at ourselves.”

The Rebels have now lost their last five games by seven points or less, leaving captain Higginbotham to rue the fact they had again come up just short.

In the second half against the Blues, when their forward began to dominate possession, the Rebels took control apart from a brief spell 10 minutes from the end when Ranger scored the match-winning try.

“That’s our problem, we keep letting teams in with easy tries,” Higginbotham said.

“We played some great, attacking football. A couple of minor errors in defence and we’ll fix that and then we’ll be a side that will be tough to beat.”

It was not a good match for the kickers. James O’Connor missed the posts with all three of his attempts before he left the field with a chest injury and fullback Woodward was astray with his first two shots at goal.

Blues marksman Chris Noakes only found the uprights twice from five conversion attempts and he also missed an early penalty.