Which of these superstars will David Moyes sign this summer…?

He currently has the 40-year-old Ryan Giggs, the immobile Michael Carrick, the much criticised Tom Cleverley, the technically inept Marouane Fellaini and the ageing Darren Fletcher to choose from – and while each has their individual qualities, they’re probably not good enough to mount serious challenges on all fronts.

As a result, the Red Devils have been linked with countless midfield stars with the summer transfer window approaching.

Here’s ten of them, and what they could bring to David Moyes’ XI.

United would have a big job on their hands to convince the extremely talented Italian to join Old Trafford. Verratti is happy in France, but would provide Moyes’ side with a player capable of relentlessly retaining possession, who has the vision to pick out incisive passes when the time is right. Arsenal also want the 21-year-old, however. 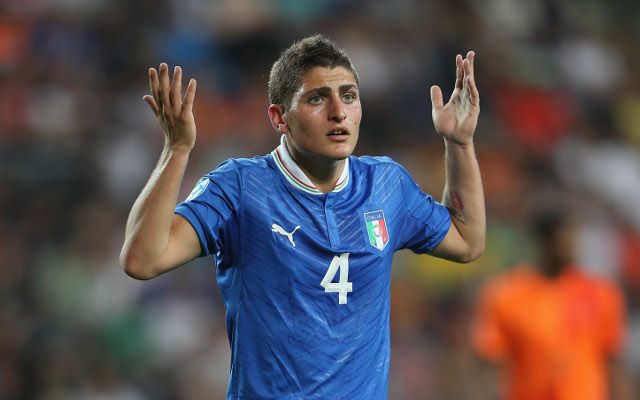