The Pittsburgh Steelers have made their first free-agent signing of the 2015 offseason by signing running back DeAngelo Williams.

The Baltimore Ravens and Green Bay Packers are the only two teams remaining who have yet to sign a free agent outside of their own team.

Injuries plagued Williams’ career later on though as Jonathan Stewart and quarterback Cam Newton eventually split carries with him.

Williams will be 32 when the 2015 season begins, and he will be a quality backup to All-Pro running back Le’Veon Bell, who injured his knee in Week 17 of last season.

Bell’s absence fatally affected the Steelers in the playoffs as they were knocked out in the first round by the Baltimore Ravens.

Former Panthers RB DeAngelo Williams is signing with the Pittsburgh Steelers. Good move for both. 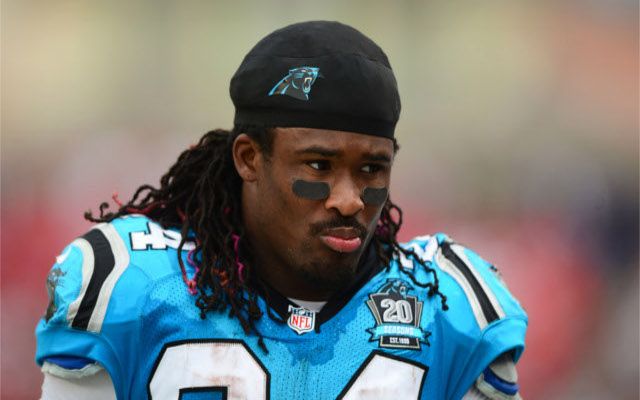