Despite scoring a hat-trick for Arsenal in last weekend’s 4-1 win over West Bromwich Albion, Theo Walcott is not certain to start in tomorrow’s FA Cup final against Aston Villa.

Walcott appears to be involved in a two-way scrap with Olivier Giroud. Which player will win and be rewarded with a place in Arsenal’s starting XI as the team’s main striker?

Both players were pictured in training today.

Giroud looked rather smug, while Walcott had a face like a smacked bum.

Had they just been told the big news by Arsene Wenger?

Giroud has not scored in his last eight games for the Gunners. 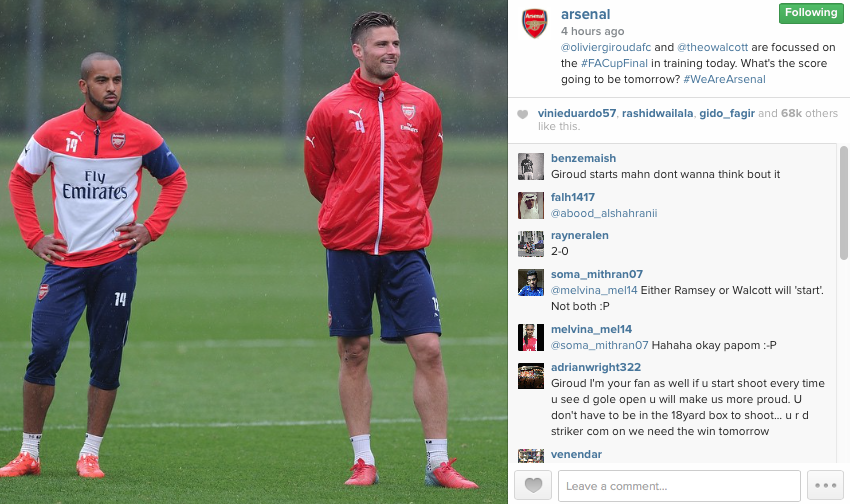