Morgan Schneiderlin seemed chuffed to be training with new club Manchester United ahead of their opening pre-season game in Seattle.

The midfielder, who completed his move to Old Trafford from Southampton on Monday, is in line to make his Red Devils debut against Club America in the early hours of Saturday morning.

United posted a picture of the Frenchman preparing for the game on their official Instagram page, with potential midfield partner Michael Carrick and captain Wayne Rooney looking on. 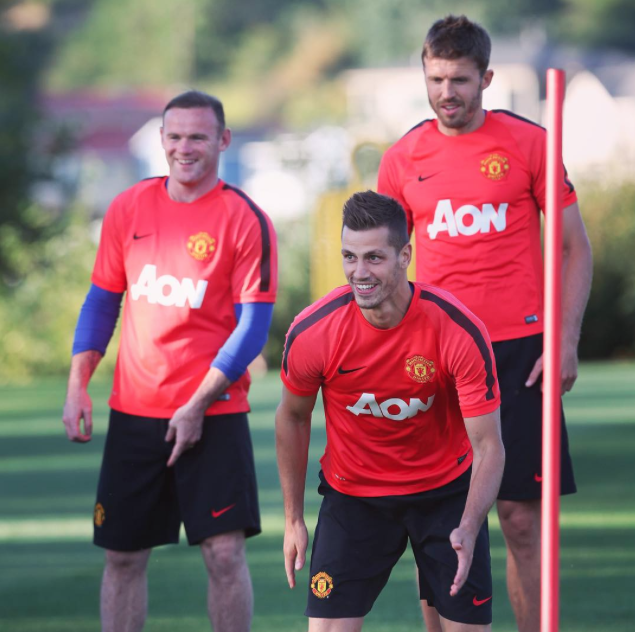 Fellow new arrivals Bastian Schweinsteiger, Matteo Darmian and Memphis Depay are also in line to make their United bows against the Mexican champions.

Schneiderlin made 261 appearances in seven seasons with the Saints and scored 15 goals, the first of which – against Bristol Rovers in League One – can be seen below.